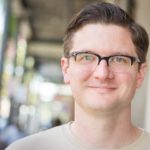 Are we returning to the War-On-Crime era of the late 20th century?

Bryan McCann, assistant professor in the Department of Communication Studies at Louisiana State University, delves into how criminality is framed through art and policy today.

My work broadly engages the intersection of rhetorical and cultural studies, with an emphasis on the racialized and gendered politics of crime and violence in public culture. My current projects attend to the circulation and appropriation of blackness in activist, legal, and literary spaces.  My published scholarship appears in the journals Communication and Critical/Cultural Studies; Critical Studies in Media Communication; Communication, Culture, & Critique; the edited volume Communication Activism; and other international, national, and regional outlets.

My teaching and scholarship draw heavily on my involvement with community organizing efforts concerning the prison-industrial complex, organized labor, and other social justice issues. In addition to appearing on local newscasts and the national program Democracy Now!, I have written articles about the death penalty for the online periodicals AlterNet and Jurist.

I also gave a TEDx talk in 2014 on race and criminal justice.

Bryan McCann’s book, The Mark of Criminality: Rhetoric, Race, and Gangsta Rap in the War-on-Crime Era, was released June 16, by University of Alabama Press.

Gangsta Rap and the War on Crime

In the 1980s and 90s in the United States, politicians from both parties and prominent cultural figures doubled down on the War on Crime. They pursued increased prison sentences, enhanced militarization of local law enforcement, and an especially intense focus on illegal narcotics and street gangs. The consequences of this “tough-on-crime” period are apparent today as the U.S. has the highest incarceration

rate in the world.

In order to justify their aggressive and punitive approaches to crime prevention, past Presidents Ronald Reagan, George H.W. Bush, and Bill Clinton employed rhetorical strategies that characterized people of color, especially black men, as in

herently criminal. They affixed a mark of criminality to black bodies that associated black masculinity with violence and sexual aggression. While such tropes were not new in American culture, they emerged in ways that were uniquely suited to the realities of that time.

Now, as young activists fill the streets demanding Black Lives Matter, surprising bipartisan coalitions are emerging to address mass incarceration. At the same time, a new presidential administration appears intent on returning to the War-on-Crime era. What we can learn from gangsta rap and the controversies it helped generate is that how we define and frame criminality is always changing and can just as easily come from the bottom up as from the top down.