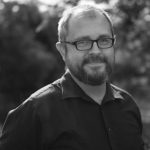 Finding an easier way to detect heart disease could be closer than you think.

Brian Beatty, Associate Professor of Anatomy at the New York Institute of Technology College of Osteopathic Medicine, looks into a surprising part of the body that could hold clues to your heart health.

Brian Beatty, Ph.D., specializes in evolutionary biology, paleontology, anatomy, and paleopathology. His research focuses on marine mammals such as whales, dolphins, and manatees, as well as hoofed mammals such as camels, deer, and extinct forms.  In addition to teaching courses on the musculoskeletal and nervous systems and gross anatomy,  Brian serves as managing editor of the Journal of Vertebrate Paleontology and runs his own blog, The Aquatic Amniote, where he shares news and insights about marine mammals, marine reptiles, and the evolution of aquatic amniotes.

According to the American Heart Association, more than 2,100 Americans die of cardiovascular disease each day. Finding a method for physicians to diagnose heart disease sooner could be life-saving for many of these cases in the future. While cardiovascular disease is incredibly prevalent in the U.S., there are limits to diagnosis of atherosclerosis, the hardening of the arteries which can cause deadly diseases including coronary heart disease and carotid artery disease, and pose a serious risk potentially leading to heart attack and stroke.  Atherosclerosis is a stronger predictor for restriction in blood supply to tissues, more so than traditional risk factors such as race, age, sex, history, and even metabolic profile. While ultrasound is commonly used to assess atherosclerosis, there’s no one easily accessible body part seen as the de facto location to accurately grade disease development in more vital parts inside the body. So as medical researchers, we sought to find an anatomical structure that could serve this purpose. If peripherally accessible arteries could demonstrate the same characteristics of heart attack and stroke as inaccessible arteries perhaps physicians could more easily assess a person’s risk of heart disease.

Our team of researchers set out using histopathology, the study of changes in tissue caused by disease. After examining the arterial tissues of 48 cadavers, probing vessels from three groups: carotid arteries, central arteries, and peripheral arteries, we found a number of correlations in peripheral arteries to many of the arteries associated with diseases resulting in restricted blood flow, including the carotid arteries. One in particular, the radial artery in the wrist, proved to be an accessible location. Based on this finding, we strongly recommend further investigation into the radial artery as a measurement tool for assessing heart disease.