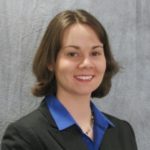 Should the U.S. reconsider its stance on hate speech?

Billie Murray, associate professor in the department of communication at Villanova University, discusses whether limits should be placed.

A rhetorical activist scholar, Dr. Murray’s research explores the timely territory of community responses to hate speech. In conducting her research she observes, and can speak about, protest movements at street level. Dr. Murray can also address issues and events related to rhetoric and social justice, rhetoric and democracy and civic engagement.

Over the past several months, we have seen renewed interest in issues surrounding free speech and hate speech, particularly on college campuses where speakers with well-known agendas espousing racist, homophobic, and Islamophobic ideas have been invited to speak. These invitations have been met with staunch community resistance, leading to conversations about what limits, if any, should be placed on hate speech.

The United States has a near-absolutist acceptance of hate speech based in our unique history that, justifiably, has led us to fear governmental restriction on speech. Hate speech has been protected by Supreme Court cases such as Whitney v. California and Snyder v. Phelps which have placed the burden on communities to meet hate speech with more speech—to allow the marketplace of ideas to sort out the good from the bad without governmental intervention.

But, what this approach fails to take into account is our unique history of violent racism and sexism. Unbridled hate speech often leads to violence, as the recent murders by white supremacists in Charleston, Portland, and Maryland reveal. Hate speech forces its victims to avoid the public sphere out of fear and subjects them to violence when they attempt to enter it. Hate speech, therefore, actually harms our democracy because it prevents its victims from exercising their own free speech.

Many European nations have learned the lessons of their own histories, when hate speech led to genocide. They have laws restricting hate group activity and propaganda, and systems for distinguishing hate speech, which has no democratic value, from controversial speech, which can be tested in the marketplace of ideas.

We already restrict speech in cases of libel, fighting words, and others. If we truly believe in the importance of free speech, then we must be willing to critically assess hate speech and protect our democracy from its harms.