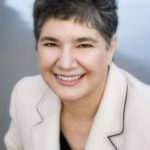 There’s a lot of single people out there.

Bella DePaulo, Project Scientist at the University of California Santa Barbara, examines if this is a good thing for our society.

Bella DePaulo (Ph.D., Harvard) has been described by Atlantic magazine as “America’s foremost thinker and writer on the single experience.” She is the author of more than 100 scholarly publications as well as Singled Out: How Singles Are Stereotyped, Stigmatized, and Ignored, and Still Live Happily Ever After. She has been writing the “Living Single” blog at Psychology Today since 2008. She has also written for publications such as the New York Times, the Washington Post, the Guardian, Time magazine, Forbes, and the Chronicle of Higher Education.

Dr. DePaulo has lectured nationally and internationally. She recently gave a TEDx talk in Hasselt, Belgium. Her research has been funded by the National Science Foundation and the National Institutes of Mental Health. She has also received numerous honors and awards, including the James McKeen Cattell Award and a Research Scientist Development Award.

More Single People Than Ever Before

Never before have so many people been single. In the United States, for example, nearly half of all adults are unmarried. And, Americans now spend more years of their adult lives not married than married.

To many, the rise of single people is a cause for concern. But the research suggests something quite different: When there are more single people, we all benefit.

Parents sometimes fret when their grown children are not married. Yet, when they need help, they are more likely to get it from their sons and daughters who are single.

In their everyday lives, single people are more likely to be there for their friends, neighbors, and relatives. In contrast, when couples move in together or get married, they tend to become more insular – even if they don’t have kids.

People who live alone are often the life of their cities and towns. They participate more often in public events, enroll in more art and music classes, and go out to dinner more often. Single people are also up for more volunteer opportunities.

All these findings shatter the stereotypes of single people as isolated and lonely and self-centered. Other popular beliefs have not fared so well, either. For example, people who get married typically do not end up happier or healthier than they were when they were single.

In some ways, it is the single people who are doing particularly well. For example, people who stay single care more about work that is meaningful and they experience more personal growth. They are creating ways of living that balance solitude with sociability, and they are broadening the meanings of home and family in ways that make it more possible for all of us – not just people who are single – to live our best lives.