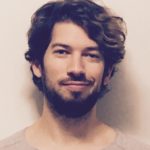 Inequality is getting worse in the United States.

Jonathan J. B. Mijs, assistant professorial research fellow at the London School of Economics, examines whether more people are noticing.

Jonathan earned his Ph.D. in Sociology at Harvard University. He is interested in stratification, morality, and the balance of structure/agency in shaping life outcomes. Presented in this academic minute is his dissertation research, which is an investigation into how (young) citizens learn about social inequality, and how they come to explain setbacks and success in their own life and that of others.

Income gains since the 1980s have been concentrated with the top 1 percent, whose economic fortunes have grown at a much faster pace than the rest of society.

The top 10 percent today takes home a third of all income, and controls three-quarters of all wealth.

Who gets what in America continues to be impacted by a person’s race, gender and family resources.

What’s striking, however, is how little people seem to notice.

To them, society is a meritocracy.

This belief is held most dearly by Americans, but citizens across the world are growing more convinced.

In fact, the data show a surprising pattern:

The more unequal a society, the less likely its citizens are to notice.

Paradoxically, citizens in some of the most unequal countries think theirs is the paragon of meritocracy.

My dissertation is an attempt to solve this puzzle.

I explored the idea that people’s beliefs about inequality originate in their childhood experiences.

My research suggests that people growing up in more socioeconomically and racially diverse environments are more likely to witness how success is shaped by structural factors such as race and wealth.

Increasing levels of income inequality and segregation however mean that modern-day Americans are growing up in less economically diverse environments than in the 1970s.

Consequently, people on either side of the income divide cannot see the breadth of the gap that separates their lives from those of others.

As the gap grows wider, other people’s lives fade out of view.

As such, rising inequality prevents people from seeing its full extent.