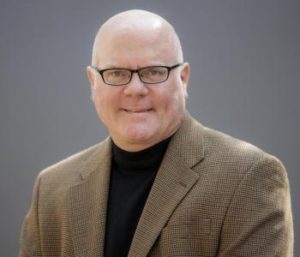 Colin Camerer, professor of behavioral economics at the California University of Technology, examines this question.

Colin Camerer is a pioneer in behavioral economics and in neuroeconomics. He is interested in how psychological forces and their deeper neuroscientific foundations influence economic decisions involving individuals and markets. In his research, he uses experiments to better understand how individuals and markets function, neuroscience to gain insight into the neuroscientific drivers for decision making and behavior, and game theory. For example, he’s exploring why price bubbles form, when they crash, and how people value immediate and future rewards and costs—especially those that create temptation. He wants to understand strategic situations such as when other people’s choices affect an individual and how someone anticipates what others will do.

He is a member of the American Academy of Arts and Sciences (2003), a fellow of the Econometric Society (1993), and a fellow of the Society for the Advancement of Economic Theory (2011). He was president of the Society for Neuroeconomics (2005–2006) and president of the Economic Science Association (2001–2003). Since 2007, he has been a chair of the Russell Sage Foundation Behavioral Economics Roundtable. He has one patent accepted on “Active Learning Decision Engines.” He is on editorial boards for numerous journals. In 2013, he was named a MacArthur Fellow.

Testosterone is a hormone that affects reproduction and all the drama surrounding it. When a male animal comes across an attractive mate– or a threatening competitor– testosterone is released into the bloodstream and brain.

The ideal way to test its effects is to change testosterone in one group of men and see how they behave differently compared to a control group. That’s exactly what we did in our research. We recruited 243 men. We either increased their testosterone, by having them apply a gel to their skin, or had them apply a “placebo” gel that feels the same but has no active ingredients. (They couldn’t tell which gel they had gotten.)

Then the men all took a test. The test used three brain teasers to measure “cognitive reflection”. Here’s one of the questions: Suppose there is a small amount of algae in a pond. The algae doubles every day, and completely covers the pond after 48 days. On what day is the pond half-covered in algae?  The intuitive response is that the pond is half-covered in 24 days, because 24 is half of 48. But that’s wrong. The correct answer is that the pond is half-covered on the 47th day: because the algae doubles every day, it must be half-covered on day 47, in order to be fully covered on day 48.

The men who had their testosterone increased made more mistakes on these brain teasers. They got only about 1-1/2 right, and they answered fast when they were wrong.

The placebo subjects got 2 right.