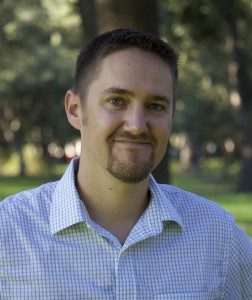 Are human beings a finished product?

Scott Solomon, professor of biosciences at Rice University, delves into gene flow and how globalization and mixed race children could hold a key to our future.

I am a biologist and science writer based in Houston, TX. I received my doctorate in Ecology, Evolution, and Behavior from the University of Texas at Austin where my research examined the evolutionary basis of biological diversity in the Amazon Basin. I have worked as a visiting researcher with the Smithsonian Institution in Washington, DC and the Universidade Estadual Paulista in Rio Claro, Brazil. I currently teach ecology, evolutionary biology, and scientific communication as a Professor in the Practice at Rice University. I also speak and write about science for the general public. My writing and photography have appeared in publications such as Slate, Nautilus, Aeon, and Wired.com and my first book, Future Humans: Inside the Science of Our Continuing Evolution was published by Yale University Press in October, 2016. Along with my wife, Catharina, and our three children, I live at Baker College on the Rice campus where we are Resident Associates.

The Future is Mixed Race

Like all species, Homo sapiens is a work in progress. We first came into existence some 150 to 200 thousand years ago, but our evolution did not stop there. As our species spread around the globe, populations became adapted to local conditions. Inhabitants of high altitude regions evolved to be able to better tolerate low oxygen conditions. People living in areas with deadly infectious diseases like malaria evolved defenses against them. Dietary changes brought about by the development of agriculture allowed people in some populations to digest milk as adults or to process higher amounts of starch.

Today, our environments are changing faster than ever before. We construct artificial living spaces, consume new types of foods, and bombard our bodies with chemicals and drugs. Even the natural world around us is changing as a consequence of our actions. Our ability to continue to adapt to these changes depends on how much genetic variation is present in a gene pool. The birth of each new baby brings some new variation in the form of mutations, but so, too, does the movement of people—and their genes—between populations. This process, called gene flow, increases the genetic diversity in populations receiving a net influx of individuals and allows beneficial genes to spread from one population to another.

Globalization—including rising rates of both immigration and the birth of mixed race children—is contributing to higher rates of gene flow today than at any point in our species’ past. When viewed through the lens of evolution, these trends offer hope for our long term survival. After all, the history of life on earth suggests that species that do not adapt become extinct. If humanity wishes to avoid the same fate, we should embrace the mixing of human populations as an important part of our ongoing evolution.