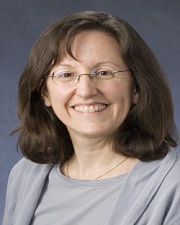 We’ve seen and heard a lot of stories from WWII – but what about WWI?

Lorie Vanchena, associate professor in the department of Germanic languages and literatures at the University of Kansas, looks back at the Great War and the literature that described it.

Lorie A. Vanchena, associate professor of Germanic Languages & Literatures at the University of Kansas, is author of a monograph and articles on 19th-century German political poetry. She also published Anton in America: A Novel from German-American Life, an annotated English translation of Reinhold Solger’s novel from 1862. She teaches courses on the German transatlantic experience, German literature and the modern era, and contemporary German-speaking Europe. Professor Vanchena serves as Academic Director of the European Studies Program and the Max Kade Center and she directs the undergraduate program in the German department. In 2015 she received the J. Michael Young Academic Advisor Award from the College of Liberal Arts and Sciences in recognition of merit for guiding undergraduate students to make good decisions toward their educational and career goals. Her current research project on World War I American immigrant poetry has been supported by a Seed Grant from KU’s Institute of Digital Research in the Humanities and the Max Kade Center; she employs 2-3 undergraduate research assistants who identify, transcribe, encode, and annotate poems. A first-year student joined the project last fall as an Emerging Scholar. Administered by the Center for Undergraduate Research, the Emerging Scholars Program allows participants to apply their federal work-study awards to positions as undergraduate research assistants.

Poetry of World War I

Historians have been urging us to explore what World War I, the Great War fought one century ago, can teach us about our world today. Poetry written by immigrants in the U.S. during the global conflict can help us do just that.

This poetry provides a range of insights into the war. Poems may glorify a specific naval battle or address more universal themes such as a mother’s grief for her fallen son.

Some poems by German migrants, for example, reflect strong sympathies for the European homeland. Others convey pro-American support for the poets’ adopted country. These poems shed light on the complex nature of German-American ethnic identity in the early 20th century and conflicting loyalties that arose after the U.S. entered the war in April 1917.

Many poems add more layers of complexity to this identity by drawing on the tradition of 19th-century German political poetry. A refashioned “Watch on the Rhine” (1840) published in a pro-German German-American periodical in 1915 reveals how immigrants employed poetry to maintain an ethnic identity undergoing profound change in the US as Germans often became targets of virulent nativism.

These WWI poems, and others by Mexican, Yiddish-speaking, and Caribbean migrants, teach us that immigrants and their poetry have contributed to America’s dialog on the perennial topics of war, immigration, and ethnic identity.