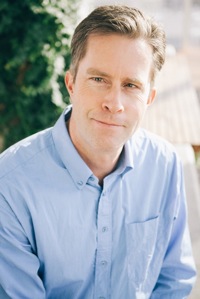 Autism treatment is a tough battle.

Benjamin Blencowe, principal investigator at the University of Toronto, discusses a protein that could hold a clue to getting a better handle on fighting this disorder.

Our research focuses on mechanisms underlying the regulation of gene expression and how these mechanisms go awry in human diseases. Most of our research is directed at understanding how alternative splicing is integrated with other layers.

Research conducted with Dr. Sabine Cordes, principal investigator at the University of Toronto.

One Protein’s Sweeping Influence on Autism

Autism is a common neurological disorder, best known for its social deficits. Although it starts to show in childhood, it really begins much earlier, during embryo development, where it affects brain wiring. Autism is rooted in genetics, even so, it has been very difficult to pin down the actual mechanisms involved. There’s evidence for a dozen or so genes which, when mutated, can cause autism, but these mutations are present in only a small fraction of cases. The medley of genes involved has made autism all but impossible to diagnose before behavioural symptoms become apparent.

A few years ago, we discovered that genetic messengers that produce a protein called nSR100 –also known as SRRM4 – are diminished in the brains of about one third of tested autistic people. We have now asked whether disruption of nSR100 can cause autism by creating mice with reduced levels of this protein. Remarkably, we find that mice that have half the normal amount this protein show autistic-like behaviors— for example, they avoid social interactions and have heightened sensitivity to noise. Moreover, we also found that defects in brain wiring that are common in autism can cause a reduction in the levels of nSR100. Our work therefore suggests that a drop in a single protein can indeed contribute to the onset of autistic behaviours.

Our results indicate that nSR100 is acting as a focal point for diverse molecular miscues that can contribute to autism. Instead of focusing on individual gene mutations linked to autism, it is more powerful to identify focal points – or molecular hubs as we call them – like nSR100. In the future, if this protein is dialed up in autistic patients, it might be possible to improve some of the behavioural changes.