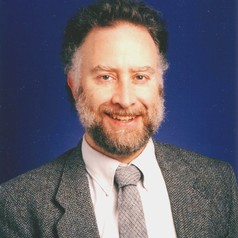 We’ve all heard about alternative facts by now.

Ronald Pies, professor of psychiatry at Tufts University, explores how we can tell whether someone is lying or just stating a falsehood?

I am a psychiatrist and ethicist affiliated with SUNY Upstate Medical University, Syracuse, NY; and Tufts University School of Medicine in Boston. I write on a variety of cross-disciplinary topics, ranging from mental health to philosophy of mind to spirituality. Most recently, I have authored the novella, “The Late Life Bloom of Rose Rabinowitz;” and the poetry chapbook, “The Myeloma Year.”

The term “alternative facts” has been much in the news lately. As a psychiatrist, I’ve  listened to countless distortions of reality, and I’ve learned the importance of distinguishing lies from innocent falsehoods. A lie is a deliberate misstatement of the truth, intended to deceive someone. A falsehood is simply an incorrect claim with no intent to deceive.

Distortions of reality fall along a continuum, depending on how rigidly the belief is held despite contrary evidence. Most of us have experienced so-called false memories. For example, you’re certain you mailed out that check, but when you see the envelope on the table, you realize you have not. A much more serious type of false memory production is called confabulation, and is usually seen following severe brain damage. Confabulation involves the spontaneous production of detailed false memories, such as when the person weaves an elaborate account of how she was abducted by terrorists–and sincerely believes this happened.

Delusions represent another severe distortion of reality, in which the belief is clearly impossible and impervious to any factual evidence. For example, a patient insists that space aliens have implanted an electrode in his brain. Again, this is not a lie, since the patient sincerely believes the claim.

Finally, in a condition known as pseudologia fantastica, or PF, the person habitually lies in order to avoid the consequences of bad behavior, and may even experience a kind of “high” when telling tall tales. PF is also called “pathological lying” and may reflect a deep, narcissistic need for attention. Some research has linked PF with abnormalities in nerve fibers of the brain known as white matter.