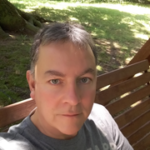 Pregnancy modifies a woman’s body, but how about her brain?

Oscar Vilarroya, associate professor in the department of psychiatry and forensic medicine at the Autonomous University of Barcelona, delves into whether pregnancy leads to changes in how a new mother thinks.

I am currently Associate Professor of Psychiatry at the Universitat Autonoma de Barcelona (UAB), director of the Cognitive Neuroscience Unit (URNC), director of the “Social Brain” Chair at the UAB, as well as coordinator of the Neuroimaging Research Group (NRG) at the Fundació IMIM.

Some years ago, my colleagues and I wanted to study the psychological vulnerability of women during the post-partum period. Reviewing the literature of the topic, we realized that nobody had studied the effects of pregnancy on the brain. We decided to fill that scientific gap. The study consisted of taking magnetic resonance images of brains of first-time mothers, and of their male partners, just before they became pregnant, after the birth of their babies and two years later. Their brain images were compared to those of a control group of women, and of their male partners, who had never been pregnant. The analyses showed that the brains of women who had undergone a first pregnancy presented significant and consistent reductions in grey matter in a very specific network of areas.

Reductions of gray matter are usually seen as bad, however, we believe they may correspond to a mechanism of pruning inefficient neural connections. This kind of process also takes place in adolescence, where weak synapses are eliminated giving way to more efficient neural networks.

In the case of pregnancy, the brain changes may correspond to a biological adaptation that helps women to become more efficient mothers. The network of areas where the changes occur largely correspond with a brain circuit associated with social cognition, specifically with the ability to understand how other people feel or think. The modification of such a network may provide women with an increased ability to recognize the needs of her infant. In fact, we found that the magnitude of changes in the network predicted the quality of the bonding between the mothers and their infants. Obviously, many questions remain open, but we will try to address them in the future.