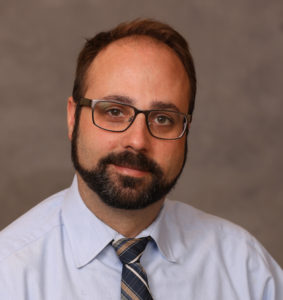 Adam Klein, assistant professor of communication studies in the Dyson College of Arts and Sciences at Pace University, discusses how these groups have spread their messages via the Internet.

Dr. Klein is the recent author of Fanaticism, Racism, and Rage Online: Corrupting the Digital Sphere (Palgrave Macmillan, 2017).  His work on radical voices in global media and politics has included studies on the white power movement, terrorist networks, hacktivists, and authoritarian press systems.  He has also been a contributor to the academic news site, The Conversation. His articles have appeared in Salon, New Republic, Business Insider, and Raw Story. He earned his Ph.D. in Mass Communication & Media Studies from Howard University.

But online, many extremists have traded the old platforms of bigotry for political blogs and news forums.

I spent the past year peeling back the web pages of some of the most trafficked domains of online hate.  And what I found is a well-traveled and interconnected network.

What partly accounts for the massive following may be the new “user-friendly” face of hate communities.  Websites like the Daily Stormer or the Occidental Observer have been skillfully designed to appear as social networks and news websites.

But within their headlines, the old themes of white supremacy have simply been exchanged for a more accessible stance of “white victimization.”

In the Daily Stormer, which receives 2.8 million visits a month; one is likely to find conspiracy theories about an imagined onslaught of illegal immigrants, or the threat of black-on-white crime, or the Jewish globalist machine that’s supposedly behind it all.

These narratives allow contemporary racists to imagine they are now the minority race under siege. But hate rhetoric repackaged as politics serves another purpose.  It can attract a broader following, and sometimes, travel onto popular social networks.

A recent anti-Semitic conspiracy, born on The Daily Stormer, quickly migrated to other hate websites, including that of former KKK leader, David Duke.  Duke then brought the conspiracy over to Twitter where it spread with the use of a hashtag, and eventually merged with mainstream political discussion.

This common pattern could only happen online, where hate groups are discovering an unprecedented opportunity to plug their fringe movements into a mainstream circuit.