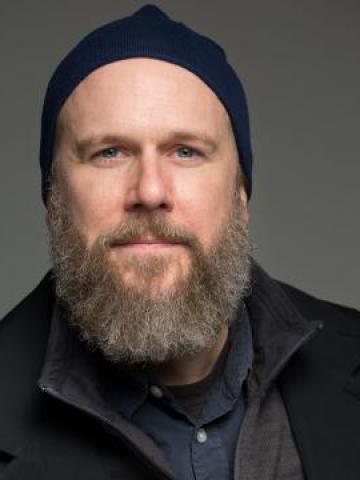 Why is the National Endowment of the Arts on the chopping block?

Dr. Aaron D. Knochel completed his doctorate in Art Education at the Ohio State University in 2011 focused on critical media literacy, software studies and art education. He has worked in a variety of visual arts learning spaces including schools, museums, and community arts programs both domestically and internationally. Dr. Knochel has presented his research at a range of national and international conferences including the National Art Education Association National Convention, SIGGRAPH, and at the International Society for Education through Art World Congress in Budapest, Hungary and Melbourne, Australia. Dr. Knochel is currently an Embedded Researcher in the Art & Design Research Incubator in the College of Arts & Architecture. Dr. Knochel’s research focuses on the intersections between art education, social theory, and software studies. From community-based media production to engaging digital visual culture in the K-12 art classroom, his interests follow the complexities of civic engagement both through the arts and through network connectivity. Publications include articles in Studies in Art Education, Visual Arts Research, The International Journal of Education through Art, and Kairos. Generally, he tries to live up to his @artisteducator twitter bio: artist-teacher-visual culture researcher-digital media flaneur-novice hacker and pixel stacker.

Defunding the National Endowment For the Arts

The Trump administration, like conservatives since Reagan, want to defund the National Endowment of the Arts (NEA), putting this agency on the chopping block – again.

Historically, the NEA has weathered criticism from the left and right. The right generally argues state funding for culture shouldn’t be the government’s business, while some on the left have expressed concern about how the funding might come with constraints on creative freedoms.

Prior targeting of the NEA during the culture wars of the 1980s and 90s, had more to do with the kind of art the government funded than any discernible impact to the budget. Controversies over NEA-funded artists who brought attention to the AIDS crisis, invoked religious freedoms or explored feminist and LGBTQ issues brought the ire of conservative legislators.

But today, it’s not about the art itself. Defunding is largely driven by an ideology from the right to shrink the federal government and decentralize power. The Heritage Foundation, a conservative think tank, argues that the federal government should not use its “coercive power of taxation” to support culture. Period.

And that ideological push presents real threats to our economy and our communities.

The amount in question – roughly $148 million dollar – is a drop in the bucket of a $3.9 trillion-dollar federal budget. While conservatives claim they’re saving taxpayer dollars, they ignore the significant economic return of federal arts funding. The Bureau of Economic Analysis reported that the arts and culture industry generated $704 billions dollars of economic activity in 2013 and employed nearly five million people.

Eliminating the NEA threatens the collapse of a network of regionally controlled, state-level arts agencies and local councils. Defunding is not targeting a centralized bureaucracy that dictates elite culture from the proverbial swamp, rather it targets regional cultural institutions destabilizing the vitality of local communities.

Ultimately, the Trump administration needs to decide whether artistic and cultural work is important to a thriving economy and democracy.