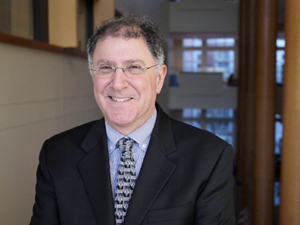 Is there a vaccine on the way for a weaponized virus from the Cold War?

Jonathan Dinman, professor of cell biology and molecular genetics at the University of Maryland, explores a breakthrough against a dangerous pathogen.

Jonathan Dinman received his A.B. in Philosophy from Oberlin College in 1980, and his Ph.D. in Immunology and Infectious Diseases from the Johns Hopkins School of Public Health in 1988. He worked as a post-doctoral, and later as a staff fellow under Dr. Reed B. Wickner at the National Institutes of Health from 1989 – 1995. During this time, Dr. Dinman developed a yeast-based system for the study of programmed ribosomal frameshifting. In 1995, he began his career as an independent investigator, taking an Assistant Professor position in the Department of Molecular Genetics & Microbiology at the University of Medicine and Dentistry of New Jersey-Robert Wood Johnson Medical School. Dr. Dinman was promoted to Associate Professor in 2001. In January 2002 he moved to the Department of Cell Biology and Molecular Genetics at the University of Maryland, College Park MD. He is also a member of the Virology Training Program at the University of Maryland.

Dr. Dinman’s research program has been built around programmed ribosomal frameshifting. This has led him into investigations of translational fidelity, ribosome structure/function, and control of gene regulation. He currently oversees one Research Associate Professor, three Post-doctoral fellow, six doctoral candidates, and one Honors program undergraduate student. Dr. Dinman has 2000 sq. ft. of laboratory space located in the Microbiology building, rooms 2135 and 2136. His office is adjacent to the lab, and students and post-docs have office space down the hall.

Venezuelan equine encephalitis virus (also known as V-E-E-V, or VEEV) is an unforgiving killer of horses, donkeys and zebras. It causes rapid, catastrophic swelling of the brain and spinal cord, leading to severe neurological symptoms and—in many cases—sudden death.

The virus can also infect humans, with similar results.  Because the U.S. and Soviet Union both weaponized VEEV during the Cold War, the U.S. government classifies VEEV as a category B pathogen.

Our research team exploited a weakness in VEEV’s genetic code, resulting in a far less deadly mutant version of the virus when tested in laboratory mice. We hope this discovery could enable the development of a vaccine and other drugs to combat VEEV.

Like many dangerous viruses such as HIV, Zika, chikungunya and others, VEEV has RNA as its genetic material instead of DNA. RNA viruses tend to cause acute infections—you either fight them off quickly, like the common cold, or they overwhelm you, like Ebola.

With a few key mutations, we disrupted a genetic mechanism that allows VEEV to create two different proteins from one RNA sequence. Mice infected with mutant VEEV not only survived, but the virus also didn’t build up in their brains, as it does with the normal virus.

We think the mutation prevents the virus from making a protein it needs to cross from the bloodstream into the brain, but we need more tests to be sure.

The same weakness we found in VEEV also exists in some form in many RNA viruses—including some that pose serious health risks to humans such as HIV and SARS. With further research, it may be possible to exploit weaknesses in many of these viruses, leading to new treatments and vaccines.