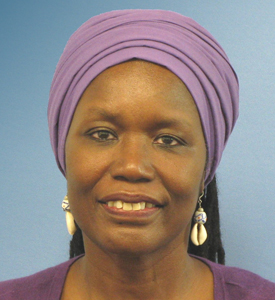 The lasting impacts of Jim Crow can’t always be seen with our eyes.

Ruth Thompson-Miller, assistant professor of sociology at the University of Dayton, discusses how some scars are carried on the inside.

Ruth Thompson-Miller is assistant professor of sociology at the University of Dayton. She is an author of Jim Crow’s Legacy: The Lasting Impact of Segregation, which uses the phrase segregation stress syndrome to describe the long-term impact on physical, mental, and emotional health, as well as the unshakable influence of racism across years and generations.

I’ve studied the effects of the Jim Crow segregation laws of the 1950’s and 60’s — when the law of the land required separate facilities for African Americans and whites.

When we talk about those days, we often talk about drinking fountains, restrooms, busses and schools. But it was much more than that. The law also condoned white violence against African Americans.

I’ve talked with many elderly African Americans who lived during that time. Most knew someone who was raped, had land stolen, or who was injured or killed. And all who lived through this period suffered intimidation, humiliation, traumatic stress and fear of death.

As with many forms of violence, once the violence ends, the stress and negative psychological impact can continue. Imagine living every day of your life with the fear of death.

The research on the long-term impact is compelling. The cumulative experiences of traumatic racial events have caused long-lasting psychological consequences for African Americans, which we call Segregation Stress Syndrome.

The symptoms include a loss of trust, feelings of fear and nervousness around the group that caused the trauma, and the unwarranted intrusion of painful memories.

People who suffer from Segregation Stress Syndrome often avoid triggers — the places and things that are reminders of the traumatic event.

Sufferers display emotional responses when a trigger reminds them of the traumatic racial event – a hyperarousal and hypervigilance that’s often labeled as paranoia. They exhibit physical responses sweating, nervousness and crying.

Their children and grandchildren may also suffer from segregation stress syndrome, by intergenerational transmission. It’s passed down socially and biologically, by the way we parent, the role models we have, the stories we tell, and our unconscious displaced emotions.

Segregation Stress Syndrome can’t be cured, only treated. It’s important that clinicians are aware of the reality of this condition.

Jim Crow laws were struck down many years ago, but we still see the effects today.