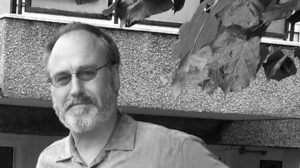 What makes you laugh?

Chris Westbury, professor in the department of psychology at the University of Alberta, explores humor and why we find weird things funny.

I am a professor at the University of Alberta in Edmonton, Alberta. I am a clinically-trained research psychologist whose work focuses on understanding the cognitive structure and neurological underpinnings of language. I have a particular interest in semantics, or what it means for words to have meaning. I mainly use experimental methods and statistical/ computational modeling, and, occasionally, functional imaging and patient studies.

Why do human beings laugh? In one way, the answer is obvious: we laugh because some things are just funny. However, scientists have no idea why humans are the kind of creature that finds so many things funny. Some scientists have suggested that laughter is a way of signaling to our fellow humans that there is no danger around. Others have suggested that laughter is nature’s way of rewarding humans for ‘thinking outside of the box’. Maybe there is adaptive value in being rewarded to think weird ideas, because for most animals, what’s weird is not funny, but frightening.

It is hard to quantify how much a joke violates our expectations. We got around that problem by telling the world’s worst jokes, jokes that were defined purely mathematically. We became interested in humour because we noticed by chance that people sometimes laughed at nonwords. They often laughed at strings like ‘snunkoople’, ‘worwibble’, ‘jumemo’ and ‘finglam’. We calculated the mathematical probability that nonword strings would be part of the English language. In a series of carefully-controlled experiments, we showed that we could predict the extent to which people would judge that a nonword was humorous from that probability. The less likely it was that the string could be an English word, the funnier people judged the string to be. Weirder is funnier.

Our experiments still don’t explain why people find weird things funny. We think that humor has many different functions. One of them is probably to allow ourselves to control our emotions and make ourselves happy, because humans function better when they are happy.

Thanks for listening, and have a happy fizza-ma-wizza-ma-dill.