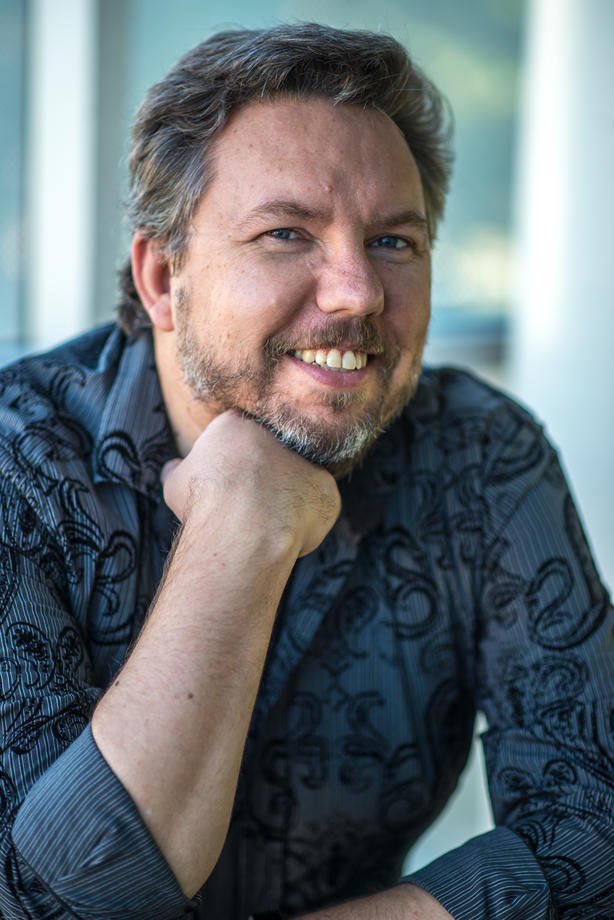 The search for the Holy Grail of planets continues.

Stephen Kane has been researching planets around other stars for more than 20 years and has discovered and characterized hundreds of exoplanets, including Kepler-186f, which is the smallest planet yet to have been found in the Habitable Zone of a star. His work covers a broad range of exoplanet detection methods, and he is an expert on the topic of planetary habitability and the habitable zone of planetary systems.

Over the past 20 years, the number of known planets outside of our
solar system has risen dramatically. Our technological capabilities
have caught up to our ideas, allowing us to discover not only more
planets, but smaller planets that are rocky like the Earth. One of the
greatest contributors to this vast increase in planet detections are
the results from the Kepler mission. Kepler is the first NASA mission
dedicated entirely to the discovery of planets orbiting other stars. 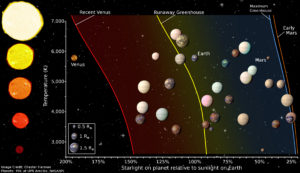 This figure shows the habitable zone for stars of different temperatures, as well as the location of terrestrial size planetary candidates and confirmed Kepler planets described in new research from SF State astronomer Stephen Kane. Some of the Solar System terrestrial planets are also shown for comparison. Credit: Chester Harman

The results from Kepler have shown us that rocky planets are amongst
the most common type of planet in the universe. The “Holy Grail” of
planet hunting however is the discovery of Earth-size planets which
are just the right distance from their star such that habitable
conditions might exist at the surface. We call this region around
stars the Habitable Zone, and it provides us with a way to focus our
efforts on the planets that have the best chances for harboring life.

The newly published results contain catalogs of different classes of
planets that lie within the Habitable Zones of their host stars. Our
most conservative list contains 20 planets that are the most similar
to the Earth in terms of size and the amount of radiation received
from their stars. Undoubtedly, there is a large diversity amongst
these planets in other respects, such as the composition of their
atmospheres and the amount of water at the surface. For example, the
atmosphere and surface conditions of the Earth have changed
drastically since its formation four and a half billion years ago, so
the results of observing a direct Earth analog would depend on when in
the planetary history we were looking. The lists in the new study thus
provide the starting point for not just finding a new Earth, but
learning what the diversity of “Earth-like” planets really is.