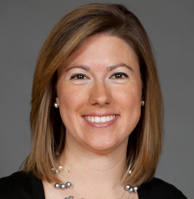 We like choosing for ourselves – but how about for others?

Mary Steffel, assistant professor of marketing at Northeastern University, examines when people pass the buck when it comes to making decisions.

Professor Steffel’s research is at the interface of consumer behavior, social psychology, and judgment and decision making. She employs experimental research methods to examine when consumers call upon others to help them make decisions, identify the barriers to accurately gauging others’ preferences and effectively choosing on their behalf, and determine how these barriers can be overcome. Her work has appeared in journals such as the Journal of Consumer Research, Journal of Personality and Social Psychology, Medical Decision Making, and Health Psychology. She teaches Consumer Behavior at the masters and undergraduate levels.

People cherish the right to choose when making decisions for themselves. Yet, when faced with the responsibility of choosing for others, this right is a burden people often prefer to do without. In our research, we find that people are more likely to delegate decisions—or “pass the buck”—when faced with choices that affect other people than just themselves.

This is especially true when choices have potentially negative consequences. People in our experiments who were faced with choices like booking hotels, ordering meals, or even selecting tasks to complete in a lab, were much more likely to delegate if the options were unappealing and the choices were for someone else rather than themselves.

Thus, people only delegate to people who have the authority to assume responsibility for the consequences of the decision. Our participants avoided delegating if they themselves would still be held officially responsible for the choice outcomes. They also avoided delegating to lower-status others, regardless of who would be officially held responsible, because they believed that they would still bear responsibility and blame if the choice turned out poorly.

These findings illuminate when and to whom people might be tempted to pass the buck. They also reveal why managers sometimes hesitate to delegate choices to their employees even when they would be better off sharing their load with others—because they expect to carry responsibility and blame regardless of whether they themselves made the decision.