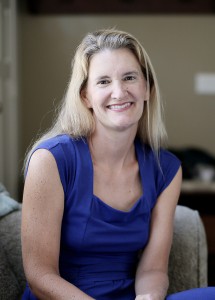 Jean Twenge, professor of psychology at San Diego State University, explores if social media and other factors have led to a rise in sexual exploration among youth.

With the widespread availability of pornography and hookup apps like Tinder, it’s commonly assumed that today’s teens and young adults – known as the Millennials and iGen – are more sexually active than previous generations were. But is this really true? To find out, Ryne Sherman, Brooke Wells and I looked at data from the nationally representative General Social Survey of more than 25,000 U.S. adults, which has asked about sexual partners since 1989. We found the opposite: 15% of Millennials ages 20 to 24 reported having no sexual partners since age 18, more than double the 6% of GenX’ers who had no partners when they were in their early 20s. We found the same pattern of more sexual inactivity in another analysis including all adults and controlling for age and time period. And in Centers for Disease Control surveys, the percentage of high school students who have had sex dropped from 54% in 1991 to 41% in 2015. Today’s young people, especially Millennials and iGen’ers born in the 1990s, are less likely to be sexually active.

Why the increase in sexual inactivity? It’s not from being too busy with work and school: Fewer young adults and teens are working, and today’s students spend less time studying than their predecessors. Other explanations are more plausible: Smartphones providing an array of instant entertainment, pornography taking the place of sex for some, later ages at first marriage, and a generation raised to think of everything in terms of safety may have all lowered rates of sexual activity.