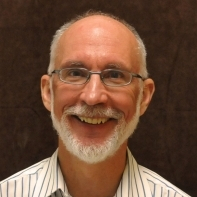 Extinction doesn’t always happen in the blink of an eye.

Charles Mitchell, professor in the geology department at the University at Buffalo, discusses how nature usually takes a slower course to the same goal.

Charles Mitchell is the SUNY Distinguished Teaching Professor and Director of Graduate Studies in the Department of Geology at the University at Buffalo. Broadly, his research seeks to understand the evolutionary processes that have formed the world in which we live and that have given shape to its history. He holds a Ph.D. from Harvard University.”

The study was a partnership between Canisius College, the University at Buffalo, St. Francis Xavier University, Dalhousie University and The Czech Academy of Sciences.

We tend to think of mass extinctions as sudden events: An asteroid strikes and the dinosaurs are gone. The end of an era has arrived.

But in other cases, there may be warning signs.

With colleagues, I did a study that teased apart what happened to marine communities in the run-up to Earth’s first mass extinction, about 445 million years ago.

We looked at nearly 22,000 fossils to reach our conclusions.

We focused on planktonic animals called graptolites, and what we saw is that their communities started changing long before the mass extinction.

These shifts began as much as 400,000 years before the mass extinction. They happened at a time when the Earth’s climate was transitioning from a warm era to a cooler one. This change in climate drastically altered the currents and nutrient supplies in the oceans.

As we face climate change again today, our research holds a cautionary tale.

It suggests that ecosystems often respond in stepwise and mostly predictable ways to changes in the physical environment — until they can’t. Then we reach a tipping point, at which dramatic declines in populations ensue.

The question for today is whether a similar tipping point lies ahead.

We see radical transformations underway in many of Earth’s ecosystems, including the oceans. Are these the warning signs of a much larger event to come?

With all the changes afoot, we need to be quite concerned about where our ocean communities may be headed.