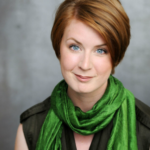 Do virtues or vices make for a more influential politician?

Leanne ten Brinke, Banting Postdoctoral Fellow in the Haas School of Business and Department of Psychology at the University of California Berkeley, describes how these different factors affect the political elite.

Leanne ten Brinke, Ph.D. is a Banting Postdoctoral Fellow in the Haas School of Business and Department of Psychology at UC Berkeley. She received her doctoral degree from the University of British Columbia (UBC) in 2012, examining the behavioral consequences of emotional, high-stakes deception. In addition, Leanne has conducted research at the London Business School and Dalhousie University. Her research is focused on social cognition, broadly, and the paradox of trust, in particular. That is, if determining whom to trust is so important, why does decades of research suggest that the accuracy of these decisions is so poor? She has published articles in leading academic journals addressing this question, and has received national and international media attention for her work. She was born and raised in Antigonish, Nova Scotia.

What qualities make a political leader more or less influential? Philosophers, political scientists, and psychologists alike have puzzled over this question, and have proposed two very different routes to political power.

The first traces back to Aristotle, who reasoned that a politician should—above all—be virtuous. He believed that political influence was to be found in virtuous practices such as temperance, courage, and humility. Machiavelli offered a much different approach; he advised political leaders to exert influence by force, manipulation, and violence, if necessary. We coded the behavior of 151 U.S. Senators in political speeches for indicators of virtues and vices, and examined whether this index of their leadership style predicted their level of collaborative influence over others.

For example, senators who spoke with a loud, steady voice and narrowed their eyes in determination were given high ratings on courage. And, senators who expressed excessive pride and spoke primarily about themselves were given high ratings on narcissism. We found that virtuous senators became more influential when they moved into a leadership role—specifically, a committee chair role. In our data, expressing empathy for others, being concerned with justice and fairness, and communicating courage, increased Senators’ ability to gain co-sponsors on their bills when they became committee chairs.

In contrast, senators displaying behaviors consistent with vices—particularly, psychopathy—became less influential when they moved into leadership roles. Results suggest that, when casting a vote, citizens should consider a candidate’s virtue. Voting for virtuous candidate may increase the likelihood that elected officials will have genuine concern for their constituents, while simultaneously promoting cooperation and progress in government.