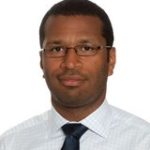 Victor Sojo, post-doctoral research fellow at the University of Melbourne, discusses how frequent low-intensity events of sexism can be just as harsh as more flagrant events.

Dr Victor Sojo is a Post-doctoral Research Fellow and the Research Manager of the Centre for Ethical Leadership (CEL) at the University of Melbourne, Australia. His main area of research is risk and protective factors affecting the fit, functioning, and growth of women in occupational contexts. Dr Sojo is also an Honorary Fellow at the Melbourne School of Psychological Sciences and a Lecturer at the Australian Catholic University, in the subjects of Psychometrics and Organisational Psychology.

The Risk of Everyday Sexism at Work

Research has shown that individuals often downplay the potential negative impact of the forms of workplace sexism that are less intense but more frequent such as sexist jokes and comments, being ignored during meetings or missing out on job opportunities and promotions because of being a woman.

When individuals evaluate the potential harm of stressful event, they seem to consider how intense these experiences appear to be and disregard how frequently they take place.

Considering this, we conducted a meta-analysis to evaluate the impact on women’s work attitudes and health of high-intensity yet low-frequency sexist events such as sexual coercion and unwanted sexual attention versus low-intensity but high-frequency events like sexist jokes and comments and gender-based discrimination. As a baseline, we also evaluated the impact of job stressors such as job overload or role conflict.

The meta-analysis was based on 88 studies with 93 independent samples containing around 74000 working women.

Classic meta-analytic methods and meta-analytic path-analysis showed that the less intense but more frequent sexist jokes and comments and gender based discrimination were as detrimental, and in some cases more detrimental, to women’s occupational wellbeing than sexual coercion, unwanted sexual attention, and general work stressors.

These results indicate that organizations should have zero tolerance for low intensity sexism, the same way they do for overt harassment. Teaching workers about the harmful nature of low intensity sexism, not only for women, but for the whole organizational climate is central. In particular, supervisors should engage in efforts in this area, given their position of power and responsibility to set the standards of appropriate behaviour at work.