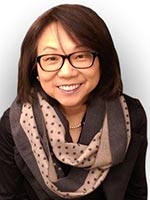 Everyone has a smartphone these days, but the media is still looking for the best way to reach them.

Sylvia Chan-Olmsted, professor in the department of telecommunication at the University of Florida, determines that bite-size amounts of information may be the best way to hook readers.

Dr. Chan-Olmsted has conducted consumer research and consulted for Google, Nielsen, National Association of Broadcasters, the Cable Center, and the Center for International Business Education and Research. Recipient of over 20 national and international research awards, Dr. Chan-Olmsted holds the Research Foundation Professorship and the Al and Effie Flanagan Professorship at the University of Florida and is the recipient of the 2014 Award of Honor presented by the Journal of Media Economics for scholarly contribution to the field.

We all know that Americans have a love affair with their smartphones.  A recent report showed that 38% of American smartphone owners never disconnect from their devices and over 71% of them sleep with their phones next to their beds. As these devices become a necessity, the media industry is trying to figure out how to best deliver content on this platform and to cross-pollinate with existing platforms.

With that in mind, my recent study focused on examining the relationship between smartphone dependency and a consumer’s media consumption patterns and perceptions. Surveying young millennials, we found that

We also found that the mobile functions that are most relevant to smartphone dependency for young millennials were those associated with social networking, communication, and mobile-specific tasks such as location-based applications, but not content.  The value of smartphones for media consumption appears to rest more on its social and mobility characteristics and less on its potential as a content platform.

Knowing the importance of social functions on mobile platforms, our next project is to look at how short-form media content might be integrated into social media on these devices.