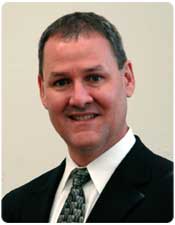 Programs that bring computers into the classroom are helping to eliminate the digital divide.

Marshall Jones, Professor and Senior Director of Learning Technologies and Graduate Studies at Winthrop University, examines the positives and negatives of such programs.

Dr. Jones received an undergraduate degree in English Literature from Furman University. After graduation he taught English as a Second Language at the prestigious SriThammarat Suksa School in Nakhon Sri Thammarat, Thailand, a small town on the Malay Peninsula for two years. He returned to the states and taught 7th grade language arts and high school social studies before moving to Washington DC to be underemployed with Gannett publishing. Dr. Jones received his master’s and doctorate degrees in Instructional Design and Technology from the University of Georgia in Athens, Ga. He spent five years on faculty at Northern Illinois University, and three years at the University of Memphis where he earned tenure and promotion to Associate Professor. In 2001 he returned home to South Carolina to develop a Master’s program in Instructional Technology at Winthrop University. He was named the inaugural Bank of America Professor of Education at Winthrop University in 2006. In 2009 he became the Director of Graduate Studies for the Richard W. Riley College of Education at Winthrop University. Dr. Jones has published more than forty papers and book chapters in various professional journals and books and has made over 90 presentations at national and international meetings. He has worked as an educational consultant and grant evaluator for school districts in South Carolina, Tennessee, Georgia, and Illinois. He has designed and developed training for multinational companies such as Hewlett Packard, IBM, Apple Computer, Sears, and Motorola. Dr. Jones’ research interests include the diffusion and adoption of innovations, emerging technologies and their impact on learning, internet-based learning, social networking and instructional strategies for face-to-face and online classes.

Dr. Jones is an exercise enthusiast who enjoys hiking and running. Other hobbies include reading, writing, playing guitar and travel. Dr. Jones is married to Mary O’Grady-Jones, a fifth grade Gifted and Talented teacher in Rock Hill, SC.

Access to the Internet is growing rapidly. Between 2010 and 2012 there was a 153% increase in Internet access in North America and a 3,606% increase in access on the African continent.

The Digital Divide refers to the separation, or divide, between people with access to technology and the internet and those without. Early one to one computing programs, one device for each student, such as the Maine Learning Technology Initiative, and Nicolas Negroponte’s work with “One Laptop Per Child” in Afghanistan showed promise in bridging the divide and improving student learning.  As a result, schools around the world are adopting one to one programs.

Open Educational Resources such as Khan Academy’s free video tutorials and Rice University’s free college textbook project “Open Stax”  are providing high quality educational materials for free to anybody with internet access. For students, having an internet connected device can provide the same benefits as living in a major city with a large research library.

My students and I have studied the strengths and weaknesses of one to one programs. Detractors claim they are too expensive. Parents worry about too much screen time. Teachers are concerned with getting appropriate professional development and administrative support. Vendors often overstate the benefits of the technology.

We have found that teachers are finding creative ways to manage classrooms, such as “screens at 45 degrees” to indicate the laptop should be half closed and students should look away from the device and pay attention to the teacher. Students without internet access at home have mapped the best free Wi-Fi hotspots and can be spotted doing homework at fast food restaurants, grocery stores, and of course the library. Access for all is helping to shrink the digital divide and democratizing education in new and unique ways. Working to integrate the technology into the life of a school remains a work in progress.