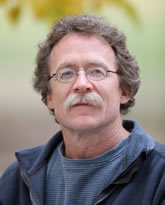 Did our hand evolve for use as weapons?

David Carrier, professor of biology at the University of Utah, delves into how the evolution of our hands led to the fist being an effective form of protection.

My research is focused on understanding the ways in which biomechanics has influenced the evolution of vertebrates. I have longstanding and continuing interests in the ontogeny of the musculoskeletal system; integration of locomotion and ventilation; ventilatory mechanisms; and limb biomechanics. Recently, I have become increasingly interested in anatomical specialization for aggressive behavior. My emphasis has been on

In a recent study, we tested the hypothesis that the proportions of the human hand resulted partly from natural selection that favored fist-fighting. The idea is that our short fingers and palm, and long, strong thumb not only provide us with great manual dexterity, but also allow us to make a fist that protects the hand when it is used as a weapon. The idea is controversial because it implies violence played an important role in our evolution.

To test our hypothesis, we measured deformation of bones in the hand during punches with clenched and unclenched fists, and slaps with an open hand. But measuring bone deformation is invasive, so we worked with nine donated cadaver arms.

We dissected and put strain gauges on exposed hand bones to measure the bending of those bones. To make clenched or open fists or an open hand, we tied fishing lines to muscles controlling the wrist, fingers and thumb and used guitar tuners to adjust the tension. Once a cadaver hand was positioned on a pendulum-like platform, we swung the platform so the hand punched or slapped a padded target.

Other primates have fingers that are too long and thumbs too short to form a clenched fist. So our findings are consistent with the suggestion that the unique proportions of our hands not only improved manual dexterity, but at the same time made it possible for hands to be used as clubs during fighting.