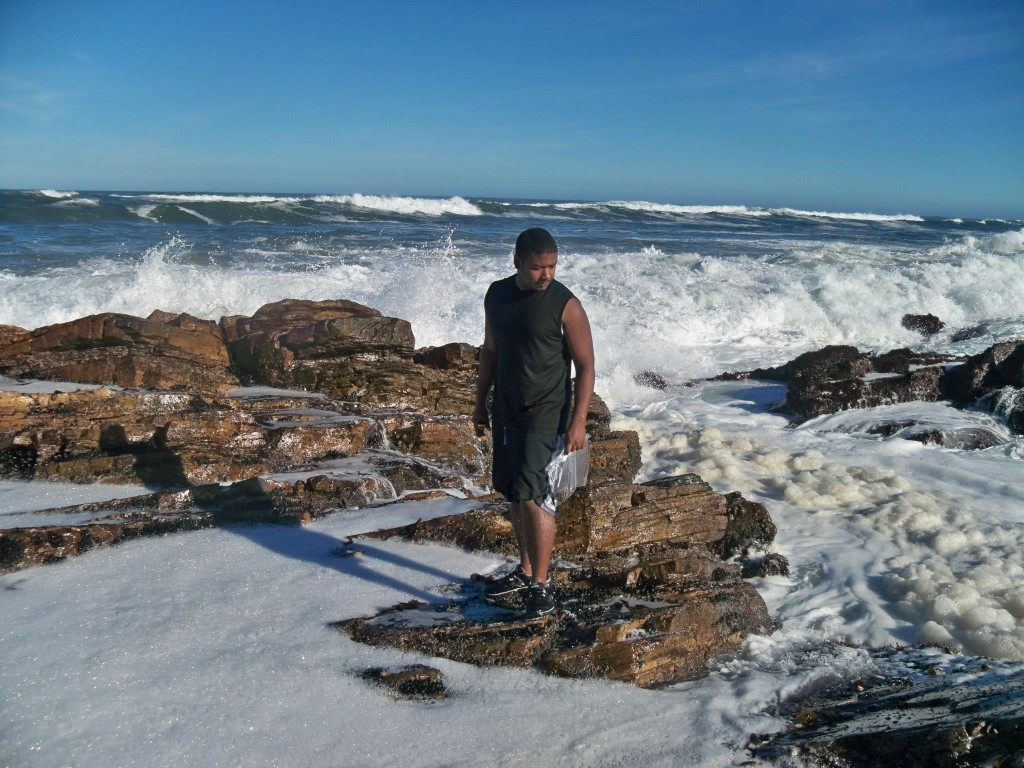 Searching for wild oysters that may harbor the parasite

The oceans are changing with the climate and human intervention.

Andrew David, assistant professor of biology at Clarkson University, informs us about these changes and how they affect the species that live there.

Andrew A. David is an assistant professor of Biology and the director of freshman biology at Clarkson University. A native of Trinidad and Tobago, he received his B.S. in Biology from St. Johns University in Queens, New York and his M.S. in Biology from Hofstra University in Long Island, New York. He completed his Ph.D. in Zoology at Stellenbosch University in South Africa. David is a marine biologist that uses experimental, genetic and modelling approaches to answer important ecological questions. His current research focuses on how anthropogenic pressures are driving important evolutionary changes in the world’s oceans.

No Longer an Ocean Away

The world’s oceans are vast and expansive domains that offer a diverse assemblage of different species, many of which remain undiscovered. A combination of factors like physical oceanic forces and continental land masses are thought to be barriers that promote the evolution of distinct lineages, which help generate this diversity. However, my recent research has shown that human intervention could be changing the natural order. In an ongoing study with researchers from South Africa and the UK, we found that anthropogenic vectors such as aquaculture are inadvertently moving a notorious oyster parasite across multiple barriers off the coast of southern Africa. 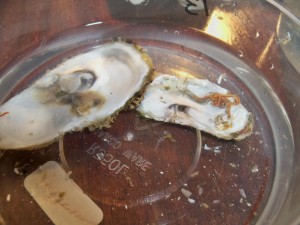 We sampled populations of the parasite that were infecting shellfish at seven localities along the coast of South Africa and then searched for shared genetic signatures among the populations, which usually is an indicator of movement. We then dropped virtual drifters that acted as the parasite’s free floating larvae, into a high resolution computer model of the southern Ocean to determine the extent of their dispersal ranges. 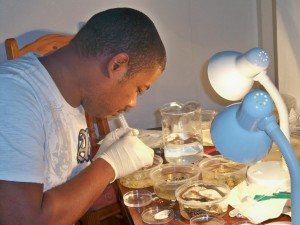 If we assumed that the parasite was moving naturally then the genetic and modelling data should complement each other, but they didn’t; a surprising result. Our genetic data showed that the parasite was frequently moving among all the localities and breaching strong barriers. However, our ocean model indicated limited dispersal across a major barrier known as Cape Point. We determined that the frequent oyster transport among the different farms may be inadvertently moving the parasite with their host, something that the genetic data was unable to explicitly show.

This study is part of a growing body of evidence showing that human assisted movement of animals is bringing globally separated populations closer together, thereby reducing their evolutionary potential.