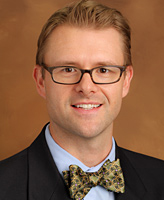 Having a toxic worker on your staff can cause big problems.

Dylan Minor, Visiting Assistant Professor of Business Administration at the Harvard Business School, explores the cost of having even one person bringing down the office.

Dylan Minor is a visiting Assistant Professor of Business Administration at Harvard Business School, where he teaches a first year MBA course in Strategy. Professor Minor’s research interests originated from his professional involvement in socially responsible investing. He was formerly an investment consultant for Morgan Stanley, and is the founder of Omega Financial Group. His current work focuses on the nexus between organizational design and social and ethical issues.

While we know that who we hire is important, much of the focus—both in research and in practice—has been on hiring the positive outliers—the star performers. However, what’s less studied are the negative outliers—those that I call the Toxic Workers. These are the workers who cause harm to an organization: to either its people or to its property—they’re workers who, for example, steal money, commit fraud, bully other workers, engage in sexual harassment, and so on. In my recent paper I ask where do these workers come from and what are the consequences of their actions on their organization. To answer these questions I study a large novel dataset of close to 60,000 workers across eleven firms in various industries over several years.

I also analyze the comparative effects of hiring a superstar worker versus avoiding a toxic worker.  I find that a superstar—defined as a worker whose productivity falls within the top 1% of all workers—adds about $5,000 to firm profit per annum. The toxic worker, on the other hand, actually costs the firm about $12,000 per annum. So at least for my setting, the magnitude of the effect of a toxic worker on the firm is two-to-one that of a superstar. This suggests that, in addition to chasing these star workers, we ought to take into more serious consideration the management of toxic workers.