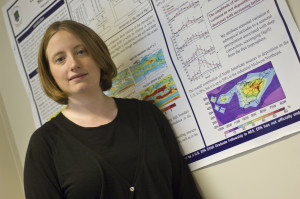 The Volkswagen scandal has been in the news.

Noelle Eckley Selin, associate professor at the Massachusetts Institute of Technology, explores the scandal and it’s impacts on our planet and health.

Noelle Eckley Selin is Esther and Harold E. Edgerton Career Development Associate Professor in the Institute for Data, Systems and Society and the Department of Earth, Atmospheric and Planetary Sciences at the Massachusetts Institute of Technology. Her research uses atmospheric chemistry modeling to inform decision-making on air pollution, climate change and hazardous substances such as mercury and persistent organic pollutants (POPs).

Air pollution isn’t just an invisible danger. Pollutants such as ozone and fine particles in the atmosphere affect people’s health – leading to heart attacks, increased asthma attacks, and even death. And air pollution is still a problem here in the U.S.

Figuring out how emissions of pollutants from sources such as cars and power plants behave in the air is a complex challenge. It requires mathematical models that include weather patterns and chemical reactions. These models simulate the paths that pollutants travel from tailpipes or smokestacks, and reactions that can form additional pollutants. To estimate how many heart attacks or asthma attacks pollution might cause, we can use information from studies that associate concentrations with health outcomes.

Take the example of the recent scandal in which Volkswagen used software to evade emissions testing for its diesel cars.  These cars were found to emit a type of pollutant – nitrogen oxides – at levels forty times those allowed by US law.  Nitrogen oxides react in air to produce ozone and form fine particles. We can estimate the ozone and particulate matter produced from each ton of nitrogen oxides emitted, then apply a function to calculate expected health impacts. This type of calculation suggests that 40 or more deaths may have been caused by the VW scandal.

In this case, excess pollution from just one carmaker caused sizeable damage. But VW’s unethical behavior added up to only 1% of total US nitrogen oxide emissions. Taken as a whole, pollution from U.S. cars and power plants causes substantial damages every day. This remains a problem to be solved.