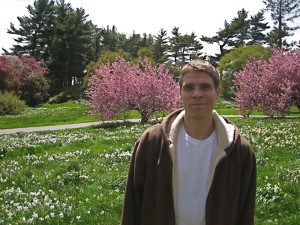 Do terrorists use music to inspire their heinous acts?

Jonathan Pieslak, associate professor at the City College of New York, explores his research into this topic.

Jonathan Pieslak (b. 1974, Wilmington, DE) is an Associate Professor at The City College of New York and Graduate Center, CUNY where he specializes in scholarship on radical/extremist culture and music composition. He published his second book, Radicalism & Music: An Introduction to the Music Cultures of al-Qa’ida, Racist Skinheads, Christian-Affiliated Radicals, and Eco-Animal Right Militancywith Wesleyan University Press in November 2015. His research was supported by a Guggenheim Fellowship in 2011, and he is now working on a team project exploring the mobilizing influence of media in the jihadi-Salafi movement, funded by a Minerva Grant from the Department of Defense.

He is also the author of the 2009 nonfiction, Sound Targets: American Soldiers and Music in the Iraq War, which has been featured in a variety of national and international newspaper, radio, and television media, including: The New Yorker, BBC, NPR, Fox News, Il Manifesto (Italy), Globo (Brasil), Austrian Public Radio, among many others.He has been invited for lectures at Harvard University, Princeton University, Syracuse University, Davidson College, The Norwegian FFI (Ministry of Defense), Canadian Security Intelligence Service, and many others.

As a composer, Jonathan is a fellowship winner from the American Academy of Arts & Letters for music composition, having worked with members of the New York Philharmonic, Orpheus Chamber Orchestra, Kiev Philharmonic, and other prominent ensembles.

The fields of terrorism and political violence often explore what we might call: “the hard stuff”: tactics, finances, arm acquisition, etc. “Softer” aspects, like the cultural lives of radical groups, have occupied a somewhat peripheral position. But my research over the last decade suggests a stronger focus on aspects of culture.

Recent incidents of violent attacks by radicals evidences the strong influence of culture, in particular music. Would Arid Uka have killed U.S. Airmen at the Frankfurt Airport if not for his iPod containing jihad-themed Islamic songs? Would racist skinhead Wade Page have murdered six Sikhs at a temple in Wisconsin if not for his deep involvement in racist skinhead music subculture?

Although no one can answer these questions definitively, such cases bring up difficult questions about how those involved in radicalism, and perhaps humanity in general, can be stirred to feel or act under the influence of music.

I’ve come to the conclusion that emotion and social bonding can be pivotal catalysts for music’s transformational impact on the radicalization, reinforcement, and motivation for action of violent political activists. Music animates ideology with emotion and can forge social bonds among members, making the sonic art-form an indispensible part of any radical group’s propaganda strategy.

Keep in mind that a group may possess abundant funding, dynamic leadership, flawless training, and the like, but if they cannot convince a person that it is in their best interest to risk their lives and kill another human being, then terrorism simply doesn’t happen.

And music is a fantastic way to stir the passions; so much so that the 14th-century Muslim theologian Ibn Taymiyya—a vital figure in the codification of the ultra-conservative Salafi theology that groups like the Islamic State and al-Qaida acribe to—once wrote “Music is the alcohol of the soul.”