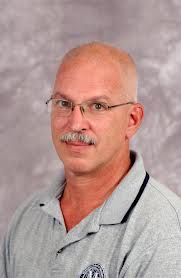 Does competitive balance in sports lead to better attendance?

Jonathan Willner, professor of economics at Oklahoma City University, explains that the score on the field doesn’t always represent the amount of fans in the seats.

Jonathan Willner was raised in Seoul, South Korea, outside of Washington, D.C., and in West Berlin, Germany, where he learned to love and play football (the one played with a round ball and feet). After a much less than stellar academic performance at the University of Colorado he went to work in the oil field. He was a roughneck and worked in heavy construction until 1987 when he turned 30, married and went back to university. He received his BA in Economics from Colorado State University in 1990 and his Ph.D. in Economics from Purdue University in 1994. Originally a trade theorist, he switched to empirical research in the early 2000s, about the same time he became interested in the economics of sports. During his career he has taught, lectured and worked in Argentina, Canada, China, England, Indonesia, Malaysia, Singapore, South Korea, Turkey and Ukraine. Dr. Willner is married to the other Dr. Willner, Elizabeth. They have one amazing daughter who shares her father’s desire to be fascinated by the entire world. He is a member of the American Economics Association and the North American Association of Sports Economists

I loved and played the beautiful game of football (soccer in the U.S.) until it simply hurt too much to do so – 10 knee operations had taken their toll. As I winced off the pitch of my last match I wondered what, if anything, could replace the joy of football. Nothing, really, but as my playing days ended I managed to keep in contact through research on the economics of sports.

A decade after that wincing walk, one of my exceptional undergraduate students was studying abroad at the same British university where I was to take sabbatical. Our common interest in sports, particularly football, fit well so he agreed to join me in a research project. As he worked on the literature review he started to wonder if “competitive balance” in the Premiership had the same effects on attendance as was observed in U.S. professional sports. This proved to be much more interesting than our original question.

After pretty much exhausting the methods of finding a relationship, the data suggests that English football fans are the opposite of American sports fans. If last year’s competitive balance decreased, this year’s football attendance increases.

We’ve posited a number of explanations for this. One is that, unlike American sports, the national team is vitally important to fans. Perhaps if national team players are concentrated on a few teams, thus reducing competitive balance, fans will go to watch the best play with each other, while toying with the opposition. Or perhaps the local team is supported regardless of performance. It seems British fans go to the matches for the beauty of the game played beautifully, not for the prospect of a close match.