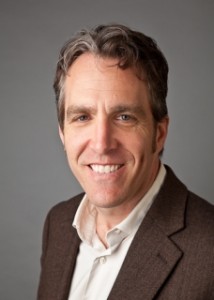 Brian Obach, professor of sociology at SUNY New Paltz, describes how the farmers in the organic movement learned how having rules can be a beneficial development.

Brian Obach is a Professor of Sociology and the Director of the Environmental Studies program at SUNY New Paltz. Brian Obach conducts research on social movements, the environment, sustainable agriculture, and political economy. He is the author of “Organic Struggle: The Movement for Sustainable Agriculture in the United States” (MIT Press 2015) and “Labor and the Environmental Movement: The Quest for Common Ground” (MIT Press 2004) as well as several journal articles on social movements and the environment.

Organic activists are seeking to make our food and agriculture system more ecologically sound and healthy by eliminating synthetic chemicals and using farming practices that are more in harmony with natural processes. However, many early organic proponents were suspicious of the government.  So rather than try to influence government policy, as most movements do, organic activists sought to build an alternative food and agriculture system.

The primary strategy was market-based.  The movement would grow by getting consumers to “vote with their dollars” by purchasing organic goods.  They expected that the organic sector would grow and eventually displace the industrial agriculture system, all without government involvement. However, the organic leaders I interviewed eventually accepted that there was a role for government after all.

The organic market grew just as proponents had hoped and it’s popularity attracted profit seeking companies that weren’t truly committed to organic principles. Without government oversight, there was no way to prevent fraud by those exploiting the organic label for profit.  Despite some reluctance, most organic proponents eventually supported the creation of a federal organic system with legally enforceable rules.

Organic advocates still seek to grow the market, but now they also have to engage with the government to maintain sound organic policy. This involves petitions, lobbying, protest and other traditional movement tactics. The strategies used by social movement activists have changed over time and with varying circumstances. Organic proponents learned that a purely market-based approach to reform has its limits. They realized that the social change they hoped for could not be achieved just by asking people to vote with their dollars; in the end they saw the need to engage the government and to vote with their votes.