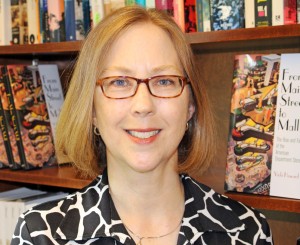 Everything evolves over time. That includes how we do our shopping.

Vicki Howard is Associate Professor of History at Hartwick College in Oneonta, New York. She is the author of From Main Street to Mall: The Rise and Fall of the American Department Store and also of Brides, Inc. American Weddings and the Business of Tradition, both from the University of Pennsylvania Press. She is also co-editor of the Routledge journal, History of Retailing and Consumption.

Evolution of the Department Store

Late nineteenth-century department stores were the Wal-Marts of their era.  I was surprised to discover this while researching the history of the industry as I had long considered them the anti-thesis to the much hated discount chains.

In the Gilded Age, when big business and anti-monopoly sentiment flourished, my sources described them as “all-devouring monsters” that threatened smaller merchants.  Stores like Wanamaker’s, Marshall Field’s, and Macy’s were tough competition for single-line retailers and mom-and-pop operations.  They were the first to sell everything under one roof—even groceries, like contemporary Wal-Mart super centers. 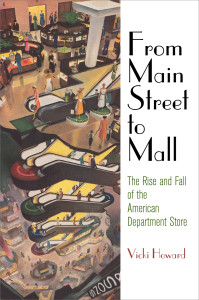 And they offered spectacle and luxury, drawing shoppers in with their elaborate window displays and fashion merchandising.  The amenities they provided were unprecedented—well-appointed restrooms, and tearooms, and services like free delivery and alterations.  In spite of these niceties, their massive size and modern operation allowed them to undersell their competition.

As they grew in size and number in the 1880s and 1890s, anti-department store sentiment exploded, something that reminded me of attacks on the Goliath retailer, Wal-Mart, in recent decades.   Unlike a century later, however, legislators then were persuaded to rein in mass retailers on behalf of small merchants and their allies.  For a short period of time, state legislatures across the country considered punitive bills that called for special taxes and graduated licensing fees for retailers selling multiple lines.

Very quickly, however, this anti-movement was crushed as state legislatures and state supreme courts across the country sided with the department store industry and its lobbyists.  I’ve concluded that the outcome of the anti-department store movement was just one of many wins for big business over the long twentieth century, an historical moment when government policy chose to promote mass distribution and with it, mass consumption and a national consumer society.

Read More: UPenn Press: From Main Street to Mall: The Rise and Fall of the American Department Store