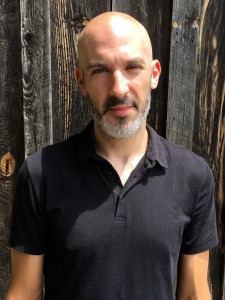 Is our current voting system the most fair?

John Cullinan, mathematician at Bard College, examines the arithmetic behind the way we vote.

John Cullinan is Associate Professor and Chair of the Mathematics Program at Bard College. His primary research focuses on the intersection of Number Theory and Representation Theory, and he has recently begun publishing in the Mathematics of Voting. Dr. Cullinan has been on the faculty at Bard College since 2006 after teaching for a year at Colby College. He received his Ph.D. from the University of Massachusetts Amherst in 2005.

The simplest way for a group to choose between two options is by majority rules and this is perhaps the most widely-accepted manifestation of democracy.  But there is something deeper to majority rules than is apparent at first.  It is the only voting procedure that satisfies the following three properties at the same time:

However, when there are more than two options all bets are off.  Instant runoff voting, plurality, and the Borda count are just a few examples of the many voting systems in place for deciding between three or more options, and each fails some measure of fairness. The area of mathematics known as Social Choice Theory provides a framework for studying the fairness of such voting systems.

What if your true preferences among the candidates include ties or indifference?

My collaborators and I recently completed a research project in Social Choice Theory where we developed a procedure that allows voters to submit ballots that reflect arbitrary preference rankings, including ties or indifference. In addition, we proved that ours is the only voting procedure for more than two candidates that satisfies all mathematical fairness axioms.

The choice between two options is clear. Adding additional choices presents a difficulty we’re aiming to improve upon.