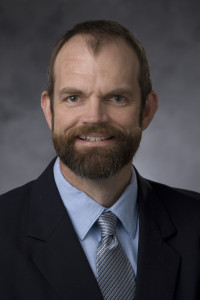 Are we more or less stressed than our ancestors?

William Parker, association professor in the Department of Surgery at Duke University Medical Center, examines this question – and the results are pretty surprising!

William Parker has worked at Duke University Medical Center for more than 20 years, focusing on the immune system and how immune function in Western culture deviates from function in pre-industrial societies. He is best known for the discovery of the function of the human appendix, and his current work deals primarily with characterization of “normal” immune function and ways to normalize the aberrant immune function found in Western cultures. Work in progress utilizes animal models and other approaches to examine improved neuropsychological function as a result of immune system normalization.

It’s hard to imagine that a modern person, living in luxury and abundance, could have more stress than a hunter-gatherer struggling for survival more than 10,000 years ago.  But our team, which included anthropologists, an immuneologist, and a psychiatrist, came to a startling conclusion;

modern humans actually might have more chronic stress than our hunter-gatherer ancestors, contributing to a slow erosion of our bodies’ ability to function.

The association between inflammatory diseases and the constant, over-activation of stress responses that accompany modern life has been well established in medical research, but the ancient history of toxic, chronic stress is less appreciated. Has stress always been a toxic problem for humans? Are modern humans somehow weaker or more susceptible to stress than our ancient ancestors who lived in small hunter-gatherer groups? On the other hand, maybe modern stress is different, more toxic in some way, than ancient stress?

The hardships faced by our hunter-gatherer ancestors — primarily in securing the basic needs of food, water, shelter and security — demanded stress-relieving, strenuous physical activity, the authors argue. This was episodic, however. As the agricultural revolution took place about 10,000 years ago and urbanization occurred, the levels of chronic stress began to rise.

The view that the ancient environment that shaped human evolution did not include the degree of chronic stress we face today has substantial implications for modern humans. Toughening up and trying to absorb stress is not a good option for humans any more so than a tropical climate is a good option for polar bears. Rather, we need to alleviate stress and avoid chronic stress  — it’s a basic human need.