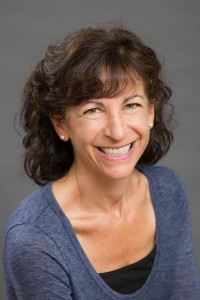 What can gestational diabetes tell us?

Lisa Chasan-Taber, professor of epidemiology at the University of Massachusetts Amherst, is studying gestational diabetes and how it manifests itself later in life.

Lisa Chasan-Taber is a reproductive epidemiologist and an internationally recognized expert on physical activity during pregnancy. She has spent the past 15 years actively leading national research teams in the conduct of lifestyle interventions among high-risk, ethnically diverse pregnant women.

There is a slippery slope between a diagnosis of diabetes in pregnancy and the future development of type 2 diabetes.

Think for a moment of pregnancy as a stress test. Women who develop gestational diabetes are seven times more likely to develop future type 2 diabetes than women with a normal pregnancy.

This happens even though diabetes which develops in pregnancy almost always goes away when the baby is born. As soon as one to five years later, it can reappear as a diagnosis of type 2 diabetes.

Why is this early warning important?

Research has found that lifestyle prevention programs designed for older adults with pre-diabetes are highly effective, reducing progression to type 2 diabetes by more than 50 percent. These programs can be applied to postpartum women, but need to be modified to take into account the physical and socioeconomic barriers faced by many women with young children such as lack of access to childcare, a safe environment to exercise, and healthy foods.

We are currently testing postpartum intervention studies with young Hispanic women, many of whom have annual household incomes below the poverty level and live in unsafe neighborhoods. In spite of these barriers, we find that bilingual health educators can motivate women to make small, but steadily consistent and consequential, improvements in their diet and exercise.

Research estimates that programs such as ours have the potential to delay or prevent one in six cases of type 2 diabetes cases in the female population. This number is staggering when you consider that more than 12 million women in the US have type 2 diabetes.

With an understanding of gestational diabetes as a window into future health, women and their physicians have the rare opportunity to alter the natural course of disease.