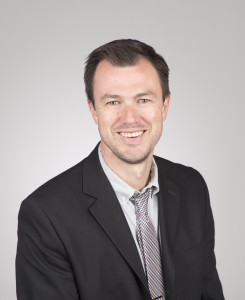 More and more people appear to be leaving their religious communities.

Josh Packard, sociologist at the University of Northern Colorado, is studying our relationship with religion.

Josh Packard is a sociologist who focuses on religion and community studies. He has an active and applied research agenda relying on university-community partnerships, and he strives for projects which are as relevant for local contexts and students as they are for the larger discipline. In the course of his research he utilizes a variety of research methods visual methodologies and participatory action research along with more conventional qualitative and quantitative techniques. He is the author of Church Refugees: Sociologists reveal why people are DONE with church but not their faith.

Recently, much has been made about the rise of the religious Nones-the growing population of Americans who claim no religious affiliation.  Surveys conducted by the Pew Forum on Religious and Public Life in 2007 and 2014 confirm that the group of Nones in America continues to rise while affiliation with all other religious groups is either declining or experiencing only modest growth.

Christian denominations have been hit the hardest.  However, our research at The Dechurched Project has revealed the depth of this trend and suggests institutional Christianity might be in even more trouble.  Our study has revealed an entirely new group of people, the religious Dones-those people who have deliberately, consciously decided to opt out of organized religion while retaining their belief in God.

Our study looked at Christian groups and found that people are increasingly deciding to walk away from organized religion because the church is stifling their ability to live out their faith with rigid dogma, bureaucratic inflexibility and a focus on a narrow morality instead of cultivating impactful communities.

Among the most amazing things that we found is that the Dones are disproportionately highly involved in their congregations before opting out.  They rose through the ranks from congregants to ministry leaders, but after a period of time they came to the conclusion that they could do more outside of the church than inside of the church.

As one of our respondents put it, “The church doesn’t ask too much of people, it asks the wrong things of them.”  They’re tired of endless committee meetings and an inward focus, and they’re taking their faith with them to be more engaged in their local communities.