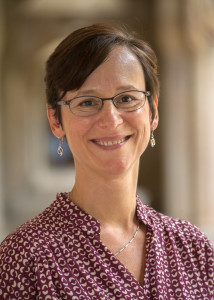 Katharine Gelber, professor of politics and public policy at the University of Queensland, profiles free speech in the years following the terrorist attack.

Katharine Gelber is Professor of Politics and Public Policy, and an Australian Research Council Future Fellow, at the University of Queensland. Her expertise is in freedom of speech and speech regulation. In 2011 she published Speech Matters: How to Get Free Speech Right (University of Queensland Press) which was a finalist in the Australian Human Rights Awards 2011 (Literature Non-Fiction category). In 2011 she was awarded the PEN Keneally award for contributions to freedom of expression, and was the Australian Expert Witness at a United Nations regional meeting discussing States’ compliance with Articles 19 and 20 of the ICCPR. She has recently published articles in journals including Political Studies, Contemporary Political Theory, Melbourne University Law Review, Review of International Studies, and the Australian Journal of Human Rights.

The relationship between counter terrorism policy in liberal democratic countries, and freedom of speech, has never been more prominent than it is today. Following the Charlie Hebdo events in Paris and the Copenhagen shooting in early 2015, Western governments reconfirmed publicly their commitment to free speech.

In all three countries since the 2001 attacks, political leaders posited that the terrorist threat required them to push the limits of the law in response to it—with security needing to be ensured first in order for liberty to be assured later.

As a result, they created broad laws that criminalize speech that may have only a tangential relationship with terrorism, or no connection at all. For example, in Australia publications can be banned if they risk encouraging someone – regardless of age or mental illness – to commit a terrorist act. And in the U.S. the material support provision criminalizes giving advice to organizations designated as terrorist, even if that advice encourages them to peacefully pursue their political goals.

Other policies limit communicative freedoms in connection with counter terrorism investigations, such as gag orders for people on preventative detention in Australia, or attached to National Security Letters in the U.S. At the same time, governments have moved to shut down the public’s right to know about counter terrorism measures like mass surveillance and data retention. Together these changes have radically rewritten the ways in which freedom of speech is understood and practiced in democratic countries.