Studying the eye’s movements might hold the key to unlocking some mysteries about human’s vision and our attentional processes.

Scott Adler is Associate Professor in the Department of Psychology and the Centre for Vision Research at York University in Toronto. He received his B.S. in Psychology with honours in 1990 from Brooklyn College of the City University of New York. He then attended Rutgers University, where he completed his M.S. in 1992 and his Ph.D. in 1995, studying the development of infant memory. He was awarded the Master’s thesis of the year award from the New Jersey Psychological Association in 1992, the Dissertation Award from the International Society of Infant Studies, and was runner-up for Shahin Hastroudi Memorial Prize from the American Psychological Society in 1996. He then was awarded a National Institute for Mental Health Postdoctoral Fellowship at the University of Denver in 1995. In 1998, he became a Neurobiology Research Associate at the Salk Institute for Biological Studies in San Diego, before moving to York University in 2000. His research program aims to understand the development of attentional, perceptual, and cognitive capacities in infancy, and is undertaken from a neuroscience perspective. In particular, his research has focused on infants’ eye movements, selective attention, object recognition, memory processes, and future-oriented thinking.

Selecting particular items in our visual world from among the many simultaneously available items are critical for understanding and interacting with our world.

Without these capacities, it would be difficult to learn in school, walk down the street, or drive a car — which is why distracted driving is so dangerous. 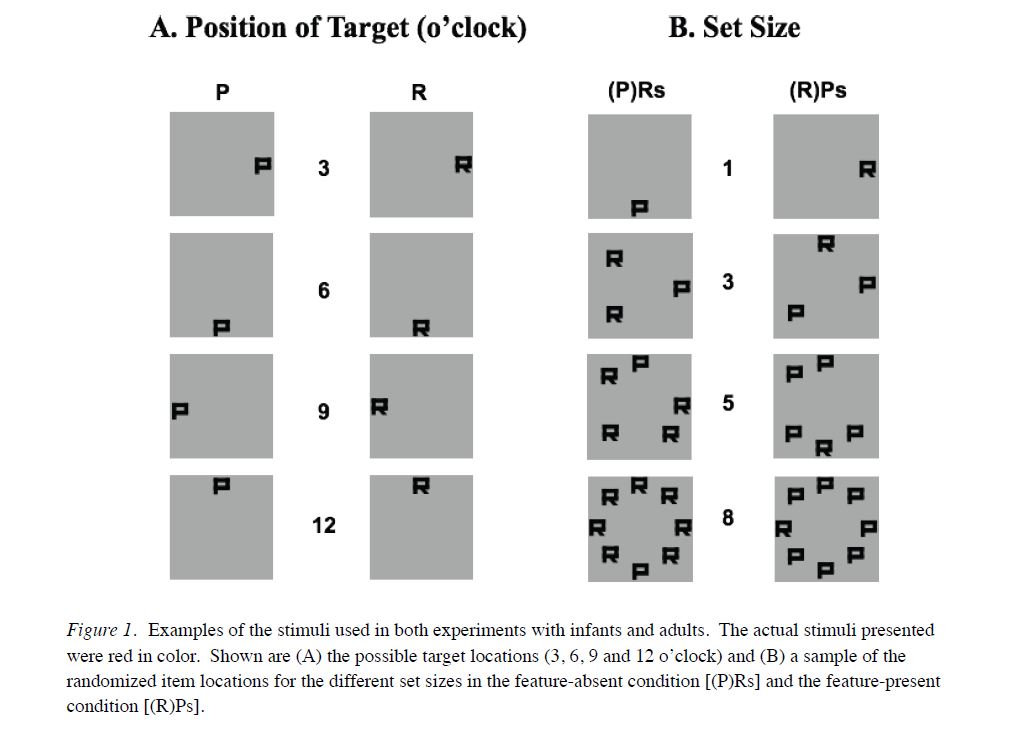 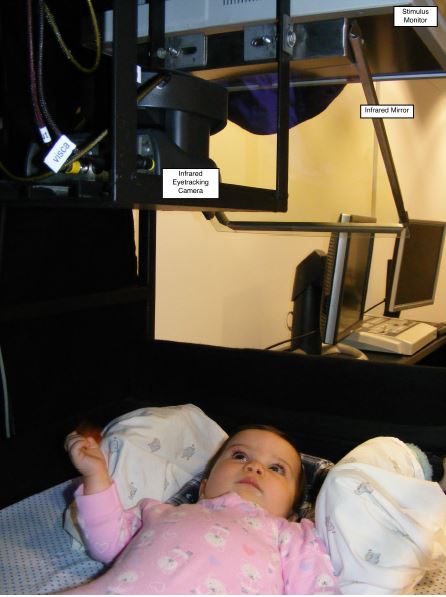 Image of the specialized crib used with infants, showing the monitor on which stimuli were presented, the Model 504 infrared eyetracking camera, and the infrared mirror.

In fact, deficits in visual attention have been linked to some of the major developmental disabilities that exist, particular ADD/ADHD and Autistic Spectrum Disorders.

As we come to understand how visual attention works, there are two general ways that our attention can be guided to and select particular items in our world.  One of them is by the occurrence of important, unique and distinct events.  For example, imagine it is raining and everyone is wearing a rain coat, and all of the rain coats are grey except for one red one.  Our attention is immediately drawn to that red one.  The other way attention is guided is by our own goals and under our own control.  For example, when you are searching for your car keys, you move attention around searching for a particular item.  When do these ways of attention develop?

My research looks at the eye movements of infants and adults as they view multi-item displays.  That is infants and adults were presented with a single R among many Ps, these items differ in the single unique diagonal leg of the R.  Because there is only one R and therefore the diagonal leg is unique, it is generally very easy to detect it, relying on the first way of allocating attention.  Eye movements showed that the first way is there by 3 months of age.  Alternatively, infants and adults were also presented with the reverse, a single P among many Rs. The P has nothing that is unique that is not in the Rs, so in order to find it you need to use the second way attention is allocated.  Eye movements indicated for infants the second way has yet to develop.

This study with infants begins to document the normal development of these attentional processes and will allow the determination of how this development relates to the developmental disabilities. 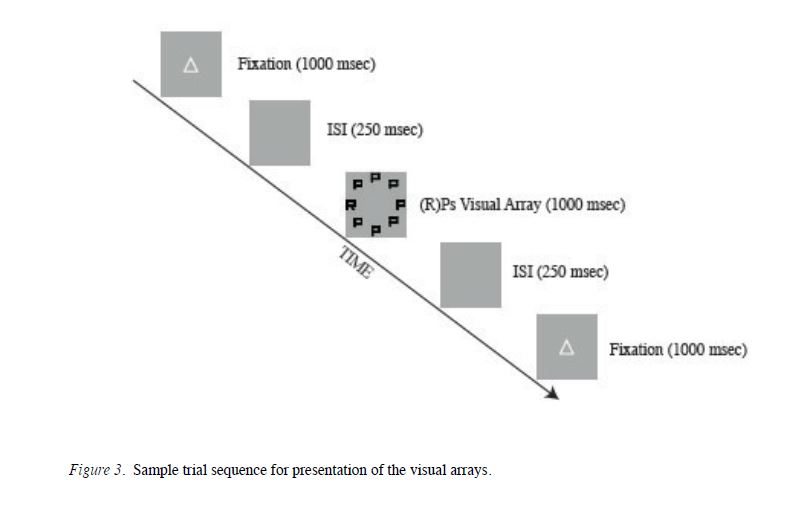