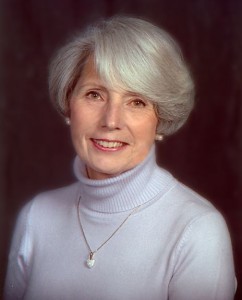 Discussions about the separation of church and state present a series of complicated issues.

Jo-Renee Formicola, a political scientist at Seton Hall University, is researching this relationship in the wake of the Catholic sex-abuse scandals.

Jo Renee Formicola, Ph.D. is Professor of Political Science at Seton Hall University in South Orange, New Jersey. She teaches courses there on the conflicts, co-operation and public policies that involve both Church and State. She is the author of four books: 1) Clerical Sexual Abuse: How the Crisis Changed U. S. Catholic Church- State Relations, 2) The Catholic Church and Human Rights, 3) Pope John Paul II: Prophetic Politician, and 4) The Politics of Values. She is the co-author of The Bush Faith-Based Initiative: The Good, The Bad and The Ugly and The Politics of School Choice. She is the co-editor and chapter contributor to Everson Revisited: Religion, Education and Law at the Crossroads as well as Taking Religious Pluralism Seriously and Religious Leaders and Faith Based Politics. Formicola is a frequent contributor to refereed journals and an analyst for the media.

She has also served as Chair of the Department of Political Science and Acting Dean of the College of Arts and Sciences during her tenure.

Dr. Formicola received her B. A. at Le Moyne College in Syracuse, New York. Her advanced degrees were earned at Georgetown University (M. A.) in Washington, D. C. and her Ph. D. at Drew University in Madison, New Jersey.

A grand power struggle has been going on between Church and State in this country due to the Catholic clerical sexual abuse scandal. My ten years of research reveal a pattern of legal actions that changed the sacred-secular relationship due to two main issues: the management of clergy and the administration of Church finances.

At the beginning of the crisis, civil authorities increased the use and scope of their subpoena powers to investigate accused pedophile priests. Grand Jury reports also point to state demands for access to clerical personnel and medical records, as well as the right to depose high ranking members of the hierarchy. In response, Church lawyers filed lawsuits claiming that civil authorities had violated canon, or Church, law by intruding into their religious, internal affairs.

Other judicial challenges arose over diocesan bankruptcies during the decade as well. This was the result of the courts’ responsibility to reorganize Church finances hobbled by clerical sexual abuse claims. Case law shows that Church authorities challenged judicial remedies because they feared state control over their real estate holdings, including schools and hospitals as well as charitable donations.

State legal actions, however, have been upheld overwhelmingly in U. S. courts. The majority of judicial rulings show that, in essence, they were justified on the principle that there is a compelling state interest to protect the welfare of children.

The result of all this is that the traditionally unquestioned rights of the Catholic hierarchy over the punishment of clergy for crimes and the autonomy of Church finances were trumped by the states’ responsibility and power to ensure the safety of minors. These decisions have led the U. S. Catholic hierarchy to recalibrate its power relationship with American civil authorities. It has had to revise parts of the Church’s canon law, capitulate to civil law in matters of criminal allegations and the punishment of convicted priests, and accept the civil, financial consequences of bankruptcy in clerical sexual abuse settlements.