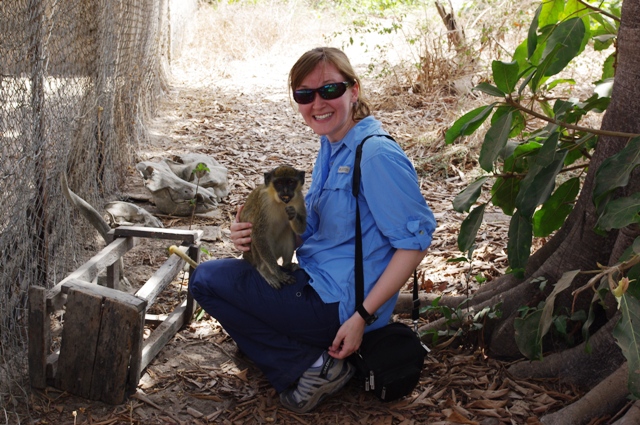 Male vervet monkeys have a colorful genital and perineal area and engage in red-white-and-blue displays to show off their colors.

Jennifer Cramer, assistant professor at American Public University, studies monkey coloration to learn more about what colorful skin may communicate to other monkeys.

Jennifer Cramer earned a BS from the University of Illinois at Urbana-Champaign in 2004, a MA from New Mexico State Univesity in 2007 and a PhD from the University of Wisconsin-Milwaukee in 2012. She is currently an assistant professor in the Sociology, Anthropology, and Women’s Studies Program at American Public University. Her research interests focus on the sexually selected signals and life history of Old World monkeys. 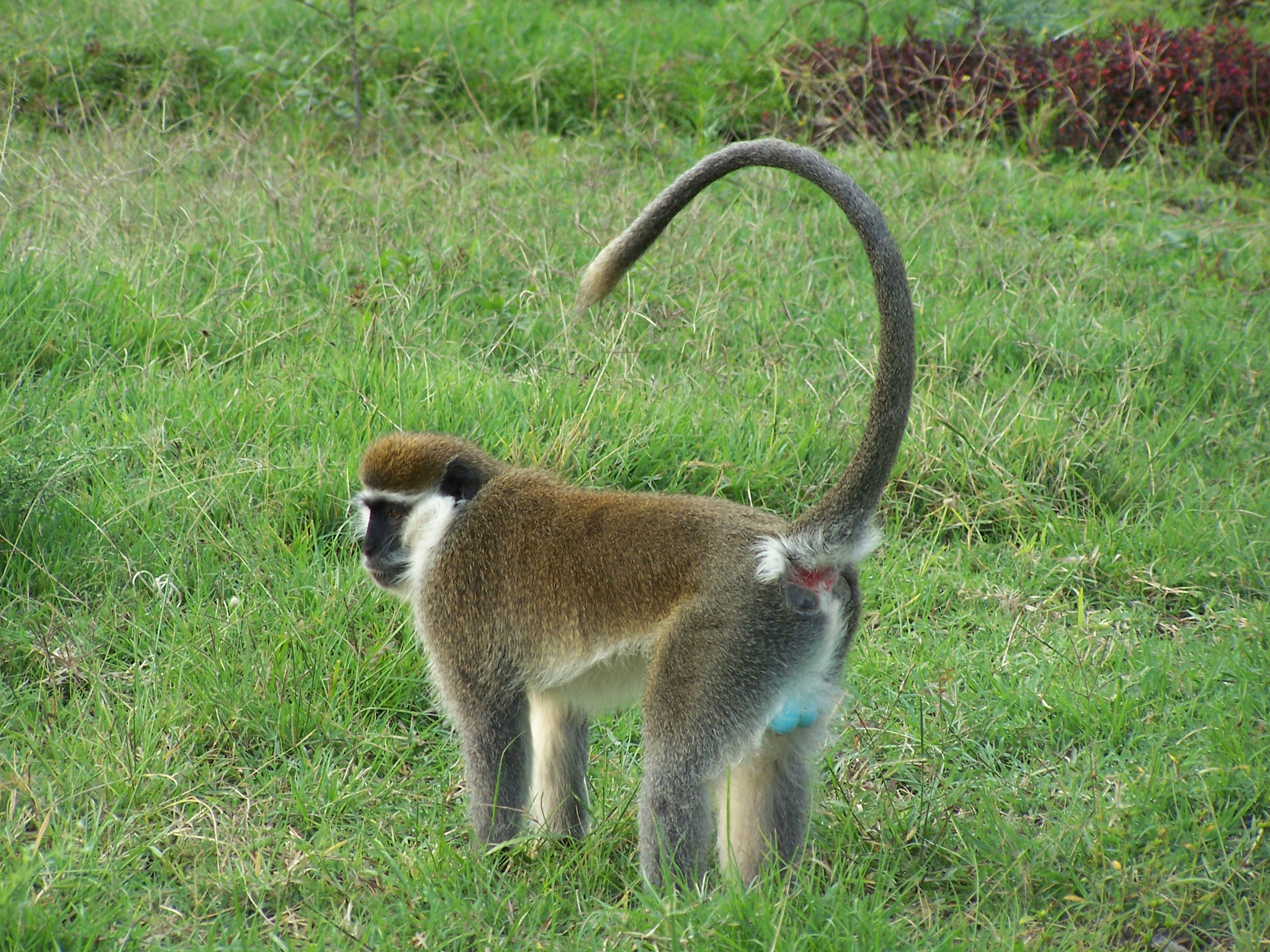 Recent stories in the media have focused on blue color as interesting and rare in animals. Among primates, colorful skin is important for social and sexual communication. Male vervet monkeys have a colorful genital and perineal area and engage in red-white-and-blue displays to show off their colors. In an effort to better understand how blue scrotal color varies in wild vervets, I collected digital photographs of hundreds of wild male vervets across Africa and the Caribbean. 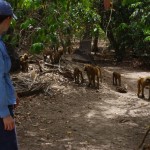 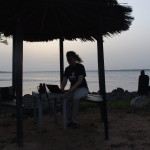 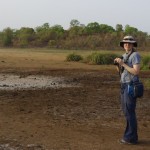 In all populations, I found that young vervet males, before puberty, are dull blue-gray in color. By the time males are subadults and adults, they fall into one of two categories: colorless (appearing white) or colorful (blue or aquamarine). Geography is key. In West Africa and the Caribbean males, both phenotypes are observed but in southern and eastern Africa, only the colorful phenotype is observed.

Exploring the most colorful subspecies, Chlorocebus aethiops pygerythrus, further, I studied the color, stress hormone levels, and behavior of adult males in two troops of wild vervet monkeys in South Africa. Darker blue males have lower stress hormone levels, perhaps communicating the level of physical or social stress a male is experiencing to others. Unlike early field studies that found that males used their color and the red-white-and-blue display to communicate dominance, I did not find a relationship between male color and rank or dominance behaviors. Interestingly, adult males with bluer color have higher rates of bullying juveniles in their group but not their adult peers.

Only recently have ornithologists discovered how blue color is structurally created in the skin of some birds and mammals. The next step is more exploration of why this rare color came to be in these species.  These monkeys have color vision similar to humans which highlights that the evolution of this brilliant color may be connected to the ability to produce and use flashy visual signals to communicate.