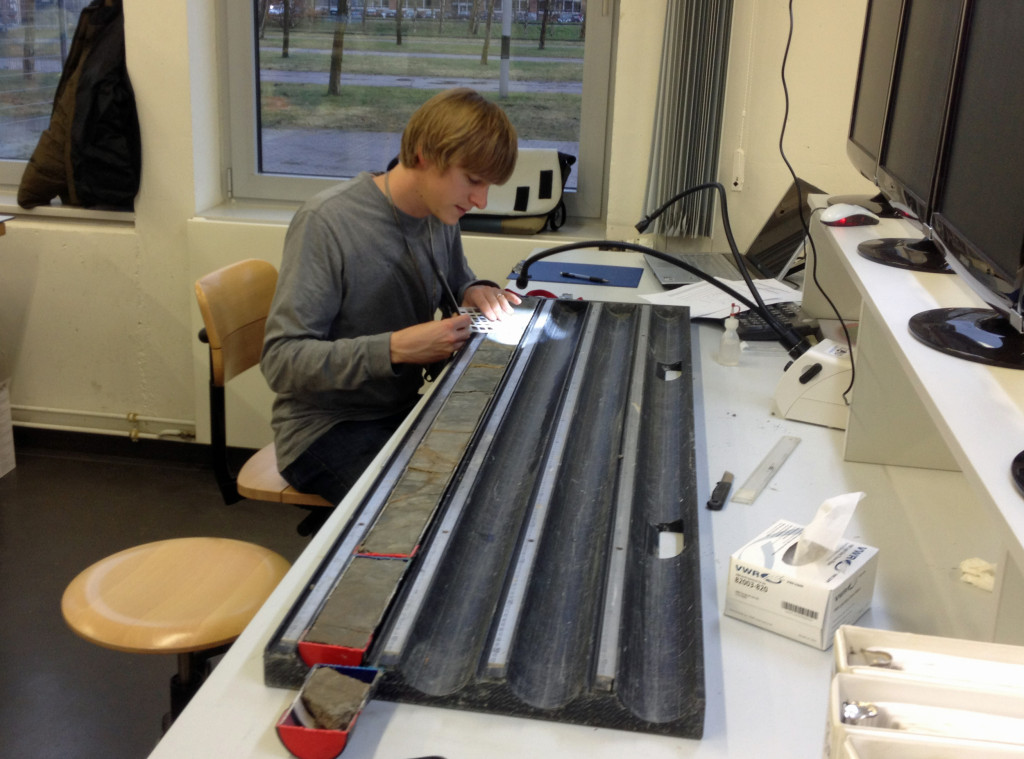 The climate has always been changing.

Dr. Gabe Bowen, a geochemist at the University of Utah, offers an interesting profile of the climate as it’s been and as it might become.

Dr. Gabe Bowen is a native of Michigan’s Upper Peninsula (the one up there by Canada) and graduate of the University of Michigan (B.S. in Geology, 1999) and University of California, Santa Cruz (Ph.D. in Earth Sciences, 2003). He spent two years as a postdoc at the University of Utah (Dept. of Biology, 2004-2005) before taking a position as Assitant Professor of Earth and Atmospheric Sciences at Purdue University (West Lafayette, IN). While at Purdue he built a research program focused on leverageing spatial and temporal stable isotope datasets to constrain our understanding of Earth System processes, past and present. In the process he helped develop the Purdue Stable Isotope Facility, launch a new research community focused on spatial analytics using isotope data, and initiate a program to develop cyber-GIS infrastructure for the environmental isotope community. 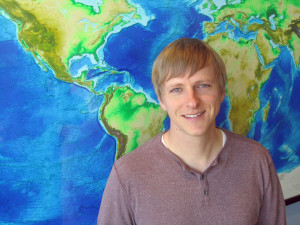 In the summer of 2012 Gabe and the SPATIAL group re-joined the University of Utah, where he took a position as Associate Professor of Geology and Geophysics and a member of the Global Change and Sustainabililty Center (GCSC). The exciting opportunities offered by long-standing strength in Earth Sciences at the U, the newly formed GCSC, and infrastructure such as the SIRFER stable isotope lab were major factors motivating this transition. The group will leverage existing infrastructure including SIRFER and the U’s Center for High-Performance Computing, and is also developing a new lab facility focused on mobile and high-throughput laser spectroscopy instrumentation for environmental isotope analysis.

Gabe’s research interests span the fields of biology and geology, and this is reflected in the breadth of ongoing research projects pursued by the SPATIAL group. The central focus of this work is on humankind’s impacts on and relationships with Earth’s environment, particularly those that promise to have immediate and important consequences for our continued survival and comfort as Earth-dwellers. The wide-ranging, large-scale changes we are causing in the global water cycle represent one such set of impacts, and have developed as a central theme in many of our research projects. This work focuses on (1) understanding natural environmental change, through study of the geological record, as a baseline or analogue for human-induced changes, and (2) observation and modeling of the current state of the environment and changes therein. Members of the SPATIAL group apply a wide range of tools in their research, the primary ones being light stable isotope ratio analysis, geochemical modeling, and GIS.

Humans are introducing huge amounts of carbon to the atmosphere, and at rapid rates. Scientists have known for a century that this carbon will warm the Earth, but still debate how this will impact people, and how painful climate change will be. Wouldn’t it be nice if we could know how this would turn out? Wouldn’t it be comforting to know such climate warming happened before?

It turns out it has, at least once. The Paleocene-Eocene Thermal Maximum was a global warming event 56 million years ago. It has attracted attention because it seems so similar to modern human-caused climate change. Carbon was released to the atmosphere, climate warmed dramatically, and plants and animals raced to adapt.

But scientists have struggled to understand how relevant this ancient event is today. In particular, climate response strongly depends on how quickly carbon is emitted. Was the carbon-emission rate during Paleocene-Eocene global warming similar to today’s?

Working with an international research team, we recently measured the carbon isotope chemistry of soils formed during the ancient warming period. Using rock core samples from Wyoming, we found the ancient carbon emissions probably were almost as fast as those accompanying fossil fuel burning today.

So what does this prehistoric climate change mean for the future? The good news is that Earth and most of its life survived, although plants and animals had to migrate thousands of miles to keep up with changing climate. But our study also revealed cause for concern: the ancient release of carbon and resulting global warming didn’t happen all at once, but as a one-two punch. It’s possible that the second pulse of carbon emission and warming may have been caused by the first. That hints that future human-caused climate change may be scarier than you think.