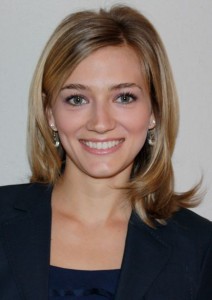 What’s the first thing you noticed about the opposite sex? As it turns out, that might depend on what you’re looking for!

Jaime Cloud received her Ph.D. in evolutionary psychology from the University of Texas at Austin in 2012, studying under Dr. David Buss. Her research focuses on bodily traits that signal fertility in women and status competition between women. She is currently an Assistant Professor in the Psychological Sciences department at Western Oregon University.

When evaluating a person’s attractiveness, do we tend to put more weight on their face or their body?

As it turns out, the answer to this question differs for men and women and it depends on what type of romantic relationship is being sought.

Together with my colleagues, Carin Perilloux and David Buss, we showed heterosexual participants a picture of an opposite-sex individual whose face was hidden behind a “face box” and whose body was hidden behind a “body box.” We told participants to consider the person underneath the boxes as either a marriage partner or a one-night stand… and then we threw in a twist: Participants could only remove one box—the face box or the body box—to decide whether they would pursue the specified type of relationship with the occluded individual.

This shift in men’s interest toward women’s bodies in casual relationship contexts supports the prediction we derived from two basic premises: (#1) the reproductive success of men pursuing casual sexual relationships is especially affected by a woman’s immediate fertility, and (#2) cues of a woman’s immediate fertility may be more concentrated in, or more easily perceived from, her bodily traits – like breast size. So there’s your sneak peek into one of the unconscious mechanisms that make up our mating psychology!