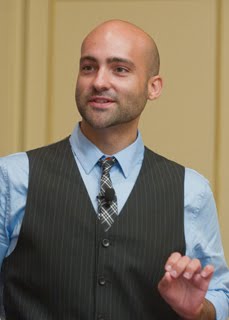 The concept of nothingness is very different in outer space.

Paul Matthew Sutter, a theoretical physicist at The Ohio State, discusses nothing through the lens of cosmology.

Dr. Paul Matthew Sutter is the INFN Fellow in Theoretical Physics at the Astronomical Observatory of Trieste and Visiting Scholar at Ohio State University. Paul received his Ph.D. in Physics at the University of Illinois in 2011, and spent three years at the Paris Institute of Astrophysics. He now splits his time between Trieste, Italy, and Columbus, Ohio. He recently debuted his #AskaSpaceman podcast [AskASpaceman.com] and would love to hear from you with astronomy questions. Like him on Facebook and follow him on Twitter.

From a nearly unimaginable distance, our universe resembles an orderly, patterned web, but due to its sheer size it’s nearly impossible to wrap our heads around it unless we think really big.

We need to zoom out away from the earth, the solar system, even the Milky Way galaxy.

We need to zoom so far out that entire galaxies look like tiny dots of light.

When you go out this far, you notice something: galaxies in our universe aren’t scattered around randomly here and there. No, they form a pattern.

The cosmic web is made of galaxies the same way your body is made of cells. It’s the biggest pattern found in nature.

And if you’ve ever looked at a spider’s web, you’ll see that most of a web…isn’t a web. It isn’t really anything at all. Most of a spider web is just empty air. It’s the same for the cosmic web. Most of the universe is just empty space.

They may look empty, but they’re really full. Full of dark energy – the stuff that pervades every corner of the universe and is causing the expansion of the universe to accelerate. And they’re also somewhat boring: they haven’t changed much since the very early universe.

So these voids are pristine laboratories for understanding dark energy.

Sometimes, you’ve got to study “nothing” to learn about something!