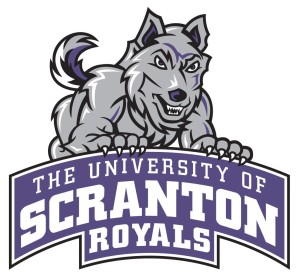 What exactly does the job description of First Lady of the United States consist of? We’re not sure and throughout history, it seems like the position has taken on a variety of unspoken duties.

Jean Harris, a political scientist at the University of Scranton, takes a deep look at what is expected of First Ladies.

Jean Wahl Harris is a professor of political science at The University of Scranton. She earned her PhD from Binghamton University. Her areas of expertise include first ladies and the vice presidency, as well as local and state politics. Dr. Harris frequently serves as a source for local newspaper and television reporters, and has also been quoted in articles in USA Today, San Francisco Chronicle and The New York Times.

Duties of The First Lady

I have been studying first ladies– de facto, unpaid federal employees– for 15 years.  First lady scholarship has provided insights into the evolution of not only the presidency, but also the rights and political status of women and gender roles.

Hired by no one to a job with no formal description or official authority, a first lady gets the job because she married a man, often decades ago, who is elected president.

Eleanor Roosevelt didn’t have specific duties when she boldly became the eyes and ears of her disabled husband, yet she successfully advocated for civil rights policies and for the appointment of a record number of women in her husband’s administration. Laura Bush rose in public esteem by playing a significant role in helping American families cope with fear and sadness after 9/11.

Even more popular than Bush, Michelle Obama  also charted her own course, astutely learning from her predecessors,  and emerged not only as a strong advocate for nutrition and military families, but she also has become an extremely popular public leader even as her husband’s approval ratings (and those of Congress) wane.

Poring over other scholarly work, biographies, autobiographies, news articles, public opinion polls, and other sources, it’s clear to me that first ladies have evolved along with the responsibilities of the presidency and the tactics of political campaigns, and have responded to and influenced public attitudes toward gender roles, marital relations, and the legal, political and social status of women.

A first lady today is at once a nurturing wife, champion of causes with a decidedly maternal bent, presidential advisor, role model , campaign surrogate, international ambassador, social hostess to the nation and general manager of the White House.  For this 24-7 job, she receives zero dollars in annual salary, and her performance is evaluated in virtually every living room watching the nightly news.

There are twists and surprises in my research. If Hillary Clinton is one day president, how ironic that as first lady, she was once asked to tone down her assertive personality, so as not to emasculate her husband, the president.

But, whenever a woman is elected president, first lady scholarship no doubt will enter unchartered territory. Based on research of male spouses of chief executive officers in other institutions, such as college presidents, the expectations for the “first gentleman” will be nothing like those of first ladies. Indeed, the expectations may be nothing at all!  Male spouses of CEOs in all professions have the luxury of deciding what, if any, responsibilities traditionally expected of first ladies, they will take on; they may choose to do nothing and they are not criticized for it. First ladies don’t have that luxury.