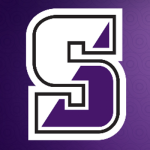 When a revolution occurs and the acting government of a nation is overthrown, what happens next?

University of Scranton political scientist Mike Allison is studying the aftereffects of revolution and focusing his research on the effectiveness of newly instated governments.

Dr. Mike Allison is a professor in the department of political science at The University of Scranton. His current work asks a fundamental question related to the transition of insurgent groups to political parties that has only recently begun to be seriously investigated. Namely, how do we account for the success or failure of former insurgent groups as political parties? To date, Dr. Allison’s research has primarily focused on the Farabundo Martí National Liberation Front (FMLN) in El Salvador and the Guatemalan National Revolutionary Unit (URNG) in Guatemala. He earned his PhD from Florida State University. Follow him on twitter at @CentAmPolMike.

The civil war in El Salvador ended the same year that I graduated from high school while the civil war in Guatemala ended the year that I graduated from college. The settlements that concluded the Salvadoran and Guatemalan wars involved not only an end to armed conflict but also social, economic, political and military reforms that would facilitate the transformation of a system based upon violent political conflict to one based upon non-violent political conflict competing between political parties.

The focus of my research is on the transitions of former armed opposition groups to political parties. How successful have these groups been as political parties? To what extent have former armed opposition groups succeeded at capturing votes and political office? Have such groups managed to persist or have they failed shortly after they placed their agenda before the electorate for a vote?

Looking at the characteristics of the armed group and the environment in which it participates, one can uncover how those factors affect its electoral performance as a new political party. It’s interesting also to look at the political performance of groups with few combatants but strong relationships with large non-violent organizations versus armed groups with many combatants but less contact with nonviolent organizations.

After 10 trips to El Salvador and Guatemala to study two former rebel groups, the Farabundo Martí National Liberation Front in El Salvador and the Guatemalan National Revolutionary Unit, I have found that some former rebel groups are better prepared for the demands of electoral competition and are more likely to succeed than other rebel groups. Keys to success for former rebels are having large numbers, a political wing in place, good contacts with grassroots organizations and a unified and coherent management structure. It also doesn’t hurt if they control territory during the war and are less violent towards civilians.

Additionally, I have found that certain institutional environments are more conducive to the success of new political parties than others.