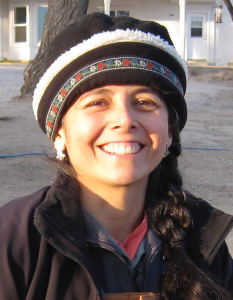 Scientists are often surprised at the results of their own experimenting. Sometimes, the outcome produces an unexpected breakthrough that was completely unintended.

Dr. Patricia Brennan studies the evolutionary consequences of sexual conflict in vertebrate reproductive traits. She is also interested in the evolution of mating systems and egg color in birds. She obtained her PhD. from Cornell University in Neurobiology and Behavior, and did her post-doctoral work at Yale University and University of Sheffield in the UK. She has been at UMass for 4 years.

The Importance of Oddball Science

Sometimes scientists seem to study weird systems that at first glance do not seem to have any obvious application.

This basic science can be hard to fund when budgets are tight, but often these seemingly oddball scientific studies can be the source of transformative ideas that impact society in dramatic yet unpredictable ways.

For example, in the 1960’s Dr. Tom Brock, a scientist studying the weird pink stuff that grew in hot thermal vents at Yosemite National Park, isolated bacteria that lived under extreme temperatures. Enzymes from these bacteria were used 20 years later to develop a technique to replicate DNA. Nobody, not even Dr. Brock, could have foreseen that studying thermophilic bacteria would jumpstart a societal revolution in genetics that impacted medicine, agriculture, and even the justice system.

The applications derived from Dr. Brock discoveries were unpredictable because they involved researchers in other fields connecting new knowledge with current needs: a network, rather than a straight line. This is a classic example of research on a seemingly frivolous topic that led to a major innovation with high economic impact.

As scientists we know that organisms have adapted to their environment in complex and often unusual ways, and history has shown that studies of these oddities can help us test the limits of existing theories, but most importantly that they often generate innovative and creative ideas.

Even when projects sound a little odd, scientists are always working to better understand the world around us, and to generate ideas that can transform our lives.

Support for basic scientific research even when we can’t predict its ultimate impact, has the most potential to help us capitalize on nature’s unparalleled ability to innovate.