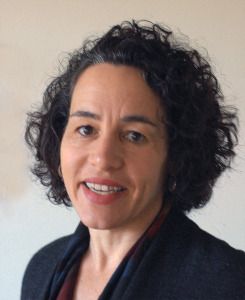 A great deal has been written about the changing face of the traditional family.

With these changes in family dynamics, come similar shifts when divorce enters the picture. Dr. Maria Cancian, a professor of Public Affairs and Social Work at The University of Wisconsin Madison, takes a look at the landscape of divorce and custody in modern times.

Dr. Maria Cancian is Professor of Public Affairs and Social Work, and an affiliate and former Director of the Institute for Research on Poverty at the University of Wisconsin-Madison. Her research considers the relationship between public policies and changes in family organization and well being. She is Principal Investigator, with Daniel R. Meyer, for the Child Support Noncustodial Parent Employment Demonstration. Professor Cancian has served as a W. T. Grant Foundation Distinguished Fellow in residence at the Wisconsin Department of Children and Families, a Visiting Scholar at the Russell Sage Foundation, and a Visiting Fellow at the Public Policy Institute of California. She received her doctorate in Economics from the University of Michigan.

The Evolution of Divorce and Custody

For most of the twentieth century, when parents divorced, children usually lived with their mother, rather than their father. In the 1980s, when data in our study starts, court orders following divorce usually called for the mother to have sole physical custody of the children.

This was consistent with popular notions that mothers were better caretakers, especially of young children. More recently, rather than favoring mothers, policies often focus on a gender neutral concept of the “best interest of the child” and in some states there are provisions explicitly encouraging the involvement of both parents. For example, in Wisconsin, where our data are drawn, since 2000 statute provides for parents to have joint custody “unless… the court finds that physical placement with a parent would endanger the child’s physical, mental or emotional health.”

Using two decades of Court Record Data for Wisconsin, which include information collected from over 10,000 divorce cases with children, we find large and sustained declines in mother-sole custody cases, which fall from 80 percent in 1986 to just 42 percent in 2008. This decline is largely mirrored by a dramatic increase in shared custody—to almost half of all cases. Equal shared custody, in which children spend an equal number of nights with both parents, accounted for only 5 percent of cases in 1986, but rose to 27 percent of cases by 2008.

What explains this dramatic change over a relatively short period of time? We consider changes in the characteristics of divorcing families—family size, past marriages, and parents’ incomes and employment– and their relationship with custody outcomes. But, overall, it appears that rather than changes in families’ characteristics, changes in policy, practice and social norms are most important in explaining the dramatic change in where children live after their parents divorce.