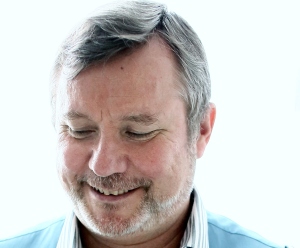 Viewing Sherlock Holmes and his creator Sir Arthur Conan Doyle through a modern lens opens up some very interesting interpretations.

In today’s Academic Minute, Douglas Kerr, professor of English and dean of the faculty of arts at the University of Hong Kong, discusses the legendary author’s work with a contemporary context.

Douglas Kerr was born in Scotland and educated in England. He has taught at the University of Hong Kong for more than thirty years. He is a literary historian whose most recent book, Conan Doyle: Writing, Profession, and Practice is published by Oxford University Press.

Arthur Conan Doyle is best known as the creator of the great detective Sherlock Holmes. But recent scholarship has been paying attention to his whole career as a writer – including his science fiction, ghost stories, journalism, and spiritualist writings.

Through this lens, Conan Doyle emerges as an unexpectedly complex and thoughtful critic of his own times. And, this new insight can also enrich our understanding of the Holmes tales, as responses to the issues and anxieties of modernity.

Thus, Sherlock Holmes is clearly an avatar of the scientific age, the age of expertise in which specialist knowledge was moving more and more beyond the reach of ordinary people, and was wielded by a class of professionals who often seemed arrogant and aloof.

Holmes’s rudeness, in contrast to the humane sensitivity of the more humble Dr Watson, dramatizes some of the social tensions of the age of the expert. With his brilliant interpretations of physical evidence like footprints, Holmes is also a prime example of a materialist, a man who believes only in a world that can be objectively observed and measured.

Conan Doyle, who became a Spiritualist but had had a scientific training as a physician, was dismayed at the materialism that had accompanied the scientific advances of modernity. Some of what he saw as materialism’s lack of humanity can be found in Holmes’s cold-heartedness, narrowness of vision, and indifference to other people. Thus, we can begin to see Holmes not just as a hero, but sometimes as a monster, of modernity – and his creator not just as an entertainer, but a diagnostician of his age.