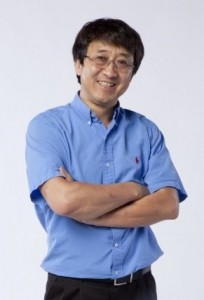 One of the top priorities in the medical field is diagnosing and stopping the growth of cancer.

Dr. Ying Xu, a computational biologist at The University of Georgia is studying hypoxia, an affliction thought to be related to the development of cancer.

Scientists have been trying to understand why humans develop cancer for centuries.

Multiple theories have been developed. The most popular one in the past three decades is that cancer is the result of genetic mutations.

While mutations do play roles in cancer development, we think that the issue goes deeper than that. We have been examining the issue from the perspective of energy demand and supply in our cellular systems under persistent hypoxic conditions since scientists have long known that cancer is often linked with inflammation-associated hypoxia, a condition that results in inadequate oxygen supply to specific tissues.

Our study revealed that under persistent hypoxia, there is a gap between energy demand and supply in the affected cells. It is well known that under hypoxia, our energy supply goes down but our cellular system does not know which part of the energy consuming components to shut down. Since our cells have not been trained for such conditions, an energy gap results and the cells go “hungry.”

Other organisms such as turtles or frogs do not have this problem. This energy gap will lead to increased uptake of glucose from blood circulation and accumulation of glucose metabolites, which, in conjunction with inflammation and hypoxia, will lead to the production of short hyaluronic acids.

But, in our tissue system, short hyaluronic acids serve as signals for tissue injury. Continuous production of such molecules will trigger our body to think that the tissue is injured and needs repair. So our body activates the tissue repair system, which involves cell proliferation, cell survival and angiogenesis, basically all the signals needed for cancer development.