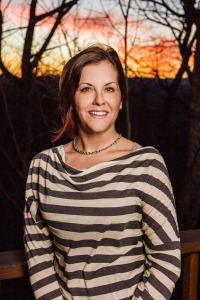 Is the satisfaction of one’s purchase dependent upon the money left after the transaction is complete?

Dr. Robin Soster, professor in The Walton College‘s Department of Marketing at The University of Arkansas, discusses the bottom dollar effect.

Dr. Robin Soster has three degrees from The University of South Carolina (BS, Management Science & Economics, 1997; MBA, Marketing, 2000; PhD, Marketing, 2011), and has been an Assistant Professor in the Department of Marketing at the University of Arkansas since 2011. Professor Soster’s research focuses primarily on consumer judgment and decision making. Her second area of interest is the intersection of identity and consumption. Her work has been published in the Journal of Consumer Research and the Journal of Public Policy & Marketing. Both of these research streams offer important implications for consumer well-being, which has led to collaborations on policy-oriented projects as well as invited talks in this area. She is a member of Association for Consumer Research, Society for Consumer Psychology, American Marketing Association, and Society for Marketing Advances. She is a regular presenter at sessions offered by the doctoral student special interest group at AMA’s Summer Marketing Educator’s Conference and has been in charge of the Walton College Marketing Department Seminar Series for the past three years.

Every morning I stop by a little coffeehouse on my way to work to get my daily hit of caffeine. Jillian, who opened the place seven years ago, charges $3.95 for the best iced latte in Northwest Arkansas.

While small purchases do add up, I rarely think about them as important. However, when paying one day, I realized I had only four dollars. Buying that day’s latte meant emptying my wallet.

To top it off, my drink seemed less tasty… which made me wonder… do all consumers think differently about spending the very last of their resources?

In our studies, people earned credits for pay-per-view films. Once they purchased a movie, they watched and rated it. Even though everyone purchased the same films for the same price, budget-depleting purchases led to lower satisfaction than purchases made when plenty of film-buying credits remained. We called this the “Bottom Dollar Effect”.

Linked to the pain of parting with money, we found that, when earning resources is difficult or when replenishment is far away, satisfaction is lower. And free money, or windfalls, increased satisfaction more for people running out than for those with plenty of money.

The Bottom Dollar Effect means that two people paying the same ticket price for the same movie may experience big differences in satisfaction, based on the balance of their entertainment budgets when buying those tickets.

Our findings suggest people may be happier with big purchases if they’re made when wallets are flush—say, after receiving tax refunds. Companies may be careful at the end of the month—when many reach their bottom dollars. This could be the perfect time to offer coupons, reducing the influence that bottom dollar spending has on satisfaction.

At least that’s what I’m trying to get Jillian to do.